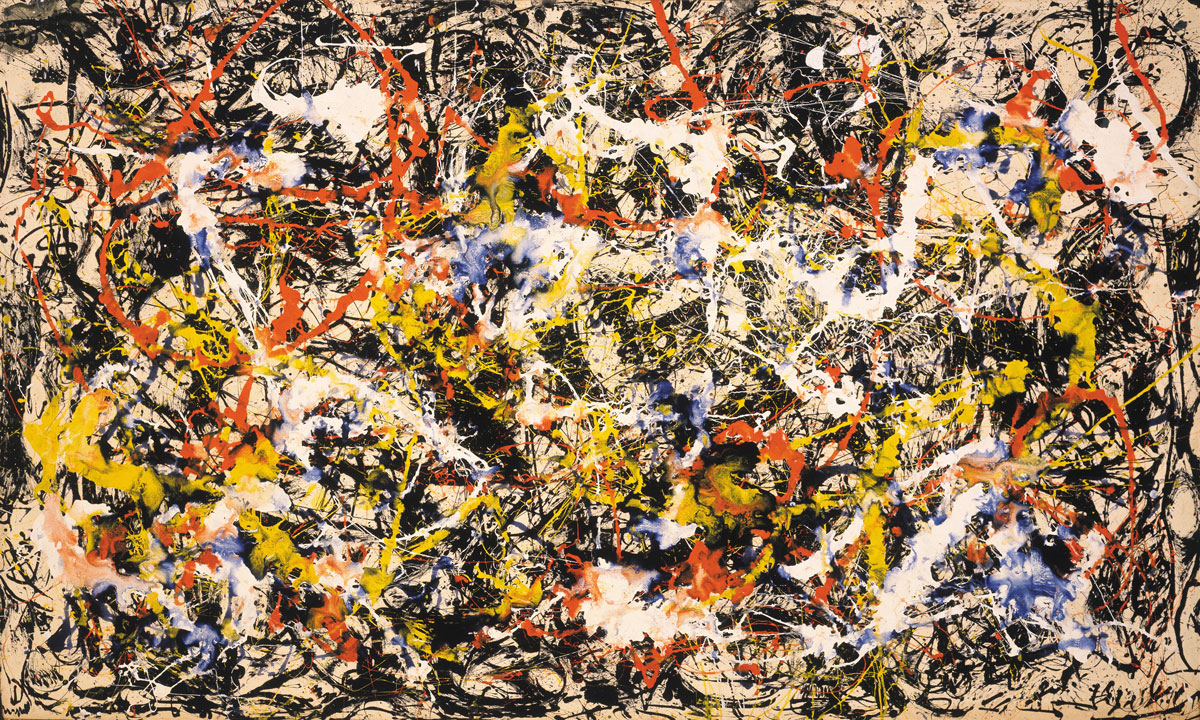 When a little girl comes into the world, in every region of the world, this hands her a “natural” inheritance full of paradoxes which, from an early age, will make her structurally vulnerable and exposed to male violence, on account of her ability to generate, to care for the mystery of life, and to stop and see in the fog[1]. Because there is, in women, for themselves, whether they are mothers or not, something incomparable, “something that exceeds the comparison with men”[2]. In this line, but from another perspective – a theologian[3] with exquisite artistic sensibility, commenting on Eve’s creation in Christian art, suggests that “the woman and God have their own secret which Adam (depicted as dormant) will never get to the bottom of.”

And yet this child, this very special being, will often find herself running alone[4], confused and unaware of the historical discrimination that preceded her and that will dye her living conditions with the colours of submission: “I have also seen masculine domination, and the way it is imposed and suffered, as the prime example of this paradoxical submission, an effect of what I call symbolic violence, a gentle violence, imperceptible and invisible even to its victims, exerted for the most part through the purely symbolic channels of communication and cognition (more precisely, misrecognition), recognition, or even feeling”[5].

As every child before her, she will grow up breathing, unawarely[6],  the laws of patriarchy [7]: “a system of interrelated social structures through which men exploit women” [8]. The spread of patriarchy – as Law of the Father – is only about six thousand years old, and started when the concept of parenthood was established. Anthropological evidence suggests, as a matter of fact, that in most prehistoric nomadic societies man-woman relations were relatively egalitarian, exchanges were only of a psychological and human nature and the social hierarchy was essentially based on personal qualities (ability, strength, sex) and age (seniority usually prevailed). Patriarchal structures would have historically developed as a result of social and technological advances such as agriculture and the domestication of animals, when the idea of “private property” began to make its way, although not yet as personal property, but in any case exclusively in the hands of males (the elderly) and defended through power relations (by the young)[9]. Here begins an involutional process, a radical transformation of the egalitarian man-woman relation. The new pact between the genders that takes shape in the folds of time will mostly consist in an instrumental and reductionist exchange: an “offer” of protection from man in exchange for female submission.

From land and animal property to women as a property, the step will then be “natural”. So “natural” that, from generation to generation, like a web that wraps the world, a deadly cultural fabric has been woven, that nourishes in everyone the idea that a woman is a property, a thing (you are mine / I am his) or a function (wife / girlfriend / daughter / sister / mother); a concept that allows to manipulate the real meanings of words and to “call ‘relationship’ the control over the partner’s life, call ‘jealousy’ the anxiety generated by lost control and, above all, call ‘love’ the violent refusal to accept the other person’s freedom”[10]. So “natural” that women feel an unconscious and sinister familiarity[11] with situations of subjection that expose them to falling in love with men who tend more than others, also due to biographical reasons, to establish relationships of domination. “Vulnerability anguishes me. Whoever finds me in that condition could mould me like wax”[12].

In turn, indeed, when a child comes into the world, he is “naturally” thrown into a rigid order of things, permeated by the “hypnotic power of dominance”[13] over women, and in some ways, enlisted in a mission he will find it difficult to escape: to perpetrate the transmission of the arbitrary, cultural (and not “natural”) character of the man-woman social relationship. Taken as a whole, acts of male violence against women have a precise meaning: the reaffirmation of the supremacy of a hierarchical order between genders where the male is still considered the place of presumed superiority and authority: “The strength of the masculine order is seen in the fact that it dispenses with justification.”[14] A painting[15] inspired by a news story immediately comes to mind: it is the story of a man who ended up in jail for having stabbed his partner to death and once captured, he defended himself by saying: “it’s just a few small nips, nothing much”. It happened in Mexico, dozens of years ago, but that painting also speaks of tragically current situations in almost all European countries where one woman in three, from the age of 15, is a victim of violence, harassment, stalking and assaults at home that also cause the suffering of witnessing violence experienced by children[16]. 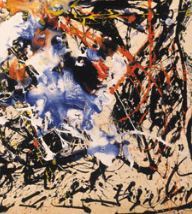 In Europe, the horror of feminicide – as an extreme male defensive attempt to re-establish the old “natural” order of submission[17] – concerns all countries, the more traditionalist ones (in the East) and, on the other hand, those that respect gender equality more (the so-called “Nordic paradox”). For example Finland, in particular, would deny a premise that is generally taken for granted, namely that gender inequality is one of the most important causes of violence against women. But this is also surprisingly frequent in France, Germany and England, nations that promote the ideal of tolerance and human rights. In the last fifty years these three countries have been affected by intense migration flows and, more than others, they are the scene of deep intercultural clashes and tangled threads between genders, both in the private and public sphere. These are all signs on which it would be appropriate in Italy, as well, to start a project-oriented reflection, open to a future of cohabitation between men and women with physiologically conflictual, different cultural heritages. Then, a process of resilience also needs to be initiated with regard to the models of integration of foreigners adopted in our continent up to now: the effects on gender and domestic violence seem evident.

These data also confirm that violence against women is a thousand-year old social pandemic, involving even girls and boys in the third millennium. Today we continue to be born, to live and, far too often, to die (especially girls) of violence. Genders and generations are involved in tangled interpersonal bonds and in structural social and cultural “knots” that increasingly numerous women’s rebellions and never sufficient men’s regrets do not seem to change.

The crucial “knot”[18] relating to the intergenerational transmission of violence against women still remains to be unraveled, like the tangled threads of the painting we chose this month[19]. Repairing the canvas of human relationships within the family, society and between different cultural systems is the challenge of the present time. Urgent is the need to spread justice and reconciliation… which, not by chance, are charismatic values of the Congregation. It is about setting in motion a different logic, a different language, that of the feminine[20].

“The insistence on defenses is always, implicitly,
an insistence on a capacity for offense.
If the vigilance-defense system is linked
to a strongly assertive virile position,
is receptiveness then feminine?
Thus, the feminine would lie at the very core of many and varied experiences.
Including my own.”[21]

[1] This is what the elderly women of the Po Valley called women: those who see in the fog.
[2] See Luisa Muraro, Non è da tutti. L’indicibile fortuna di nascere donna (“This is not for everyone. The inexpressible luck of being born woman”), 2012.
[3] Pier Angelo Sequieri, already mentioned in the editorial of May, We take a stand for the mysterious awakenings to responsibility.
[4] See Noreena Hertz, English economist and essayist who has just published The Lonely Century: How Isolation Imperils Our Future, but also Giulia Buongiorno, Le donne corrono da sole. Storie di emancipazione interrotte (Women run alone. Interrupted stories of emancipation), 2015.
[5] See Pierre Bordieu, Masculine domination, 1998.
[6] See the poem by Giorgio Caproni, L’ignaro (“The Unaware”).
[7] Historically, the term “patriarchy” has been used to refer to the autocratic domination by the leader of a family. However, in modern times, it more generally refers to a social system where power is mainly held by adult men.
[8] Sylvia Walby, British sociologist known for her work in the fields of domestic violence, patriarchy, gender relations in the workplace and globalisation. Director of the Violence and Society UNESCO Chair; coordinator of the Gender Equality Research Network International (GENIe) whose aim is to develop, through research, the knowledge base to understand and reduce gender inequalities. She is principal Investigator of the Lancaster node of Quing, an integrated project funded by the European Union to investigate gender and citizenship in a multicultural context, 2006-2011.
[9]The situation begins to change during the Neolithic period, when, due to the demographic increase linked to the spread of agriculture, empty spaces become increasingly rare and the risk of armed clashes between tribes becomes endemic. This new condition is such that those who are not strong enough know that, sooner or later, they will be expropriated of their land and property, and among these people are women, who, of course, can neither own nor inherit the land.
[10] See Loredana Lipperini/Michela Murgia, I killed her because I loved her. False!, 2013. (N.d.T.: personal translation.)
[11] See Silvia Amati Sas, L’ovvio, l’abitudine e il pensiero (“Obvious, habit and thought”), 1996.
[12] See Tilmann Moser, Grammatica dei sentimenti (“Grammar of feelings”), 1991.
[13] See Virginia Woolf, Three guineas, 1992.
[14]  See Pierre Bordieu, op. cit.
[15] By Frida Kahlo, “A few small nips”, 1935.
[16] European Commission data.
[17] See Loredana Lipperini/Michela Murgia op.cit.
[18] In the sense intended by the sociologist Sylvia Walby mentioned at note 6.
[19] In the United States, Convergence became the embodiment of freedom of speech and freedom of expression in a threatened historical moment (Communism and the Cold War with Russia).
[20] See Massimo Recalcati, Critica della ragione psicoanalitica [Critique of psychoanalitic reason], 2020.
[21] See Elvio Fachinelli, La mente estatica [The ecstatic mind], 1989. Translation by Claudia Vaughn.