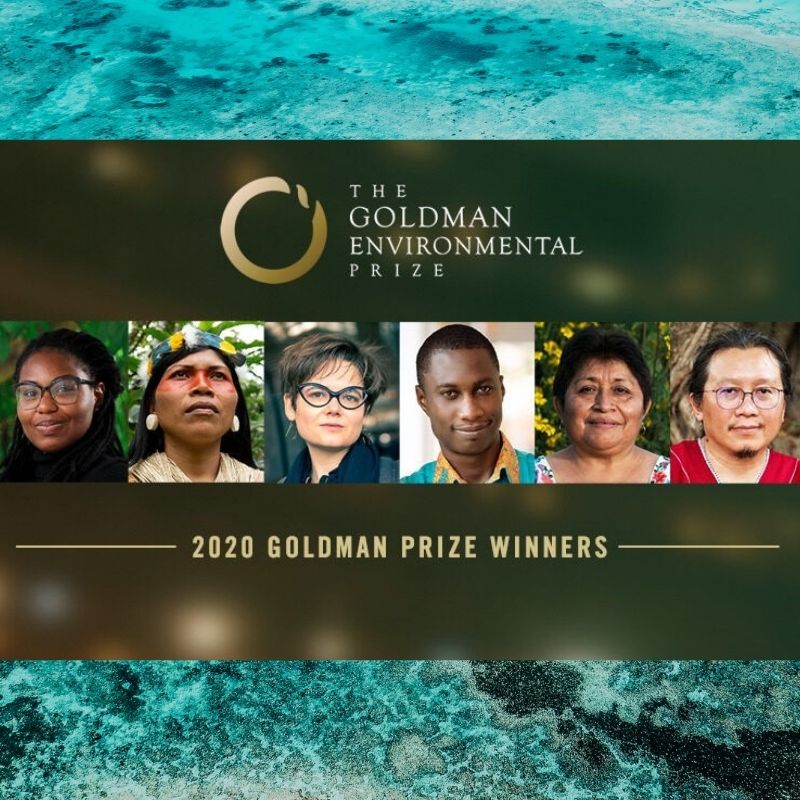 Almost all the recipients of the 2020 Goldman Environmental Prize, a sort of Nobel Prize for integral ecology, the world’s most important award dedicated to environmental activists, are women: four women and two men from the Bahamas, Ecuador, France, Ghana, Mexico and Burma.

The 31st edition of the Award highlights the efforts of these “six courageous and generous leaders who are striving to achieve important changes despite the obstacles and difficulties they face. They are a guide to follow and show that each person plays a vital role in protecting and caring for our wounded Planet“.  Among them, there are those who have fought twice, against racism and pollution, those who have defeated the big agribusiness powers in the courts, those who defend the indigenous people, those who have taught the banks of Europe a different path to follow.

The victories achieved are for others. For young people, for the creatures of the Earth, for the adults of tomorrow who will hopefully live on a better planet, with a healthier environment and richer biodiversity.

Among the award-winning experiences, Kristal Ambrose, 29, is an emblem of what a young student, able to open her eyes to a problem, can do to improve the 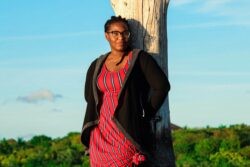 health of this planet. Just as in the case of Greta Thunberg!

Kristal was in her early twenties when, with dreams of becoming a marine biologist, she came across a turtle trapped in plastic.

After struggling to free it, she realised the damage that plastic pollution does to marine ecosystems: so she set off on an ocean expedition and observed with her own eyes the big plastic island in the Pacific, that ‘soup’ of tons of plastic debris floating (and not only) in the heart of the sea whose size makes it look like a sixth continent.

Alarmed by the amount of everyday plastic items – from bags to straws – that ended up in the middle of the Pacific, she decided to start a fight to change things and in 2013 founded the Bahamas Plastic Movement : a non-profit organisation that starts by teaching children, through volunteer camps, games and beach clean-ups, about the importance of proper waste management and the damage it can do if abandoned in the environment.

Through his ideas, the children also learned the art of reusing and creatively recycling plastic.

Thanks to its environmental education programme, Junior Plastic Warriors, made up of music, dance and art activities, the sensitivity of young people has grown and they are increasingly committed to recycling plastic and, on the green wave led by Swedish girl Greta Thunberg, to fighting the climate crisis.

Today, interestingly, Kristal Ambrose is studying the impact of litter on the seas in Sweden. Her dream is to return to her island, with greater awareness and scientific expertise, to continue her campaign against plastic pollution by involving “more and more young people in this difficult battle“.

So far her most difficult battle has been to succeed in sensitising the government and political authorities to a change of course, and after a trip from her island (Eleuthera) to the capital Nassau, where she and her pupils were received by the Ministry of the Environment, she obtained a formal pledge that four months later became reality. The Bahamas then announced a ban on disposable plastic, with fines for polluters.