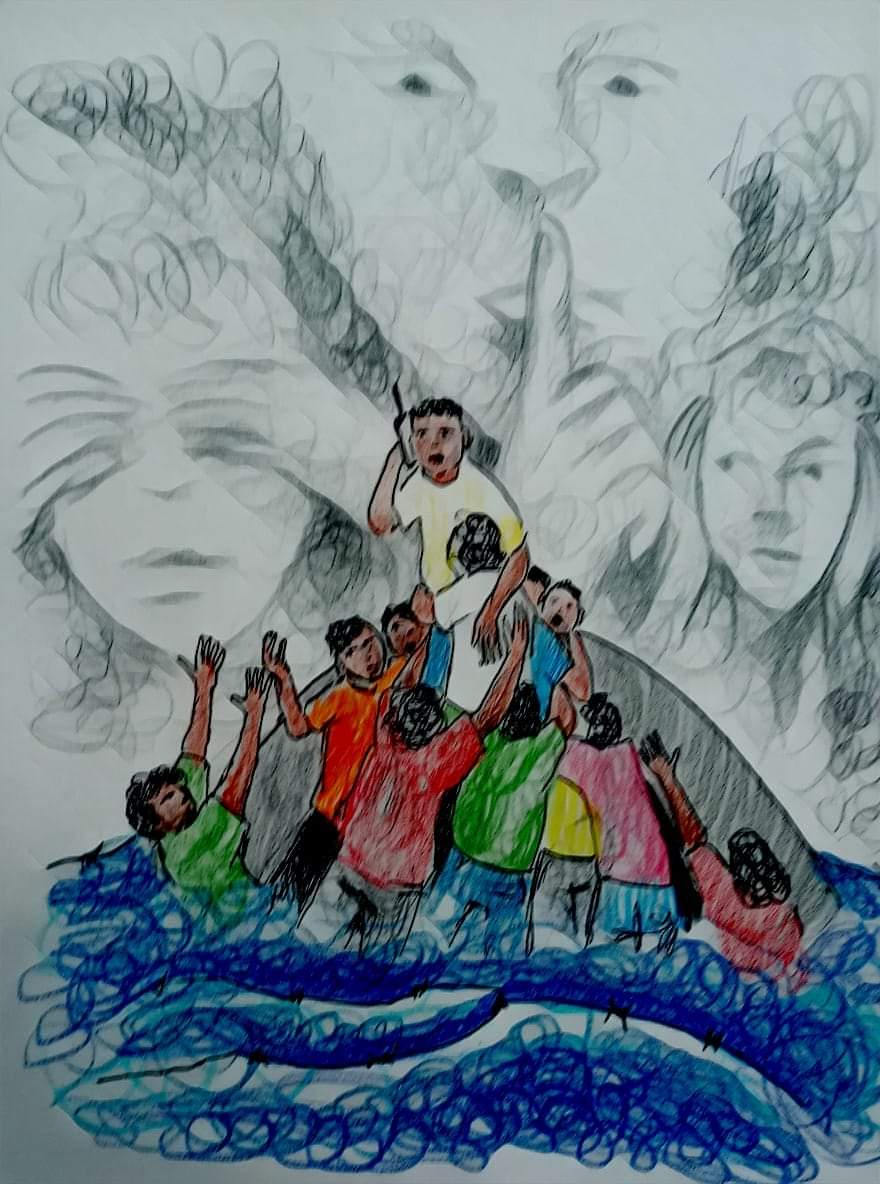 It's a time for shame and prayer (Pope Francis)

OPEN LETTER TO PRESIDENT DRAGHI
Draghi’s statements are shocking.
He thanks Libya for the rescues at sea and makes it clear that economic interests are worth more than people.

Dear Draghi,
there are boys forced in the camps to work, girls forced into prostitution people blackmailed in prisons by the same militias and sailors financed.
Sexual abuse, torture, inhuman treatment that exceed any unimaginable violation of human rights.
If for you all this is ‘good management’ it only means that you support the process of dehumanization, indifference and silence perpetrated for decades against the oppressed, the weak, the migrants.
I am one of the many who had to pass through Libya, and I assure you that for crimes that are suffered and carried out, today, with your words, you are in the same way as an accomplice!

Malian political activist refugee in Italy and author of poems

Francesco Piobbichi “Designs from the Frontier”