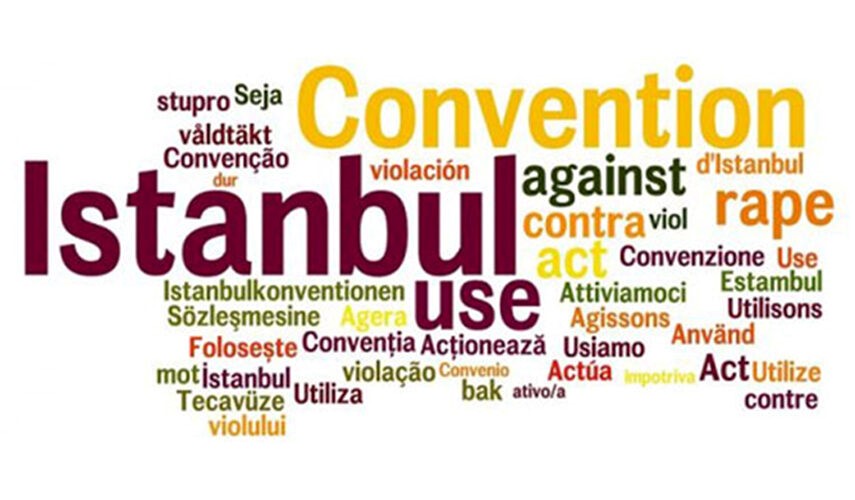 Ten years after it was signed, the Istanbul Convention
has not yet produced the desired results in Italy.

"Little known, little applied. Disregarded. And yet so powerful that it frightens. In Turkey, for example, which has decided to go back on women's rights to the point of wanting to tear up the treaty"

The Istanbul Convention, the first international treaty against violence against women, is 10 years old. It was signed in 2011 in Istanbul (but Turkey disowned the agreement on 20 March) by 45 countries, including Italy, where it was ratified in 2013. Eighty-one articles that state a simple and revolutionary principle: violence against women is a violation of human rights. It is ‘gender-based’ because it affects women as women. It is structural and not episodic, as it is the result of a deep-rooted culture of male domination.

Even in Italy, ten years later, we have to say that much of the convention is still partial: “Of the four P’s through which the Istanbul principles should be implemented, prevention, protection and support of victims, prosecution of perpetrators and integrated policies, the only real step forward made by our country is that of the ‘P’ of punishment. Since the ratification we have in fact written and approved a series of fundamental laws from the 2013 Feminicide Decree to the Code Red,” says Valeria Valente, president of the Senate’s Commission of Inquiry on Feminicide, with regret.

“Protection: we have a good network of anti-violence centres, but they work in dramatic conditions, the funds arrive with dropping drops, never safe, always in a hurry. The last two P’s remain completely unfulfilled: prevention and integrated policies. Instead, it is through culture that the stereotypes that lead to violence are combated, in schools, through data collection, and through the specialisation of those who come into contact with victims: the judiciary, the police, and doctors’.

From the video that the realities of Quinto di Treviso and Malta presented to the UN Commission on the Status of Women – Online Forum CSW 65 of 22 March 2021 – European Scenarios on Gender and Domestic Violence.