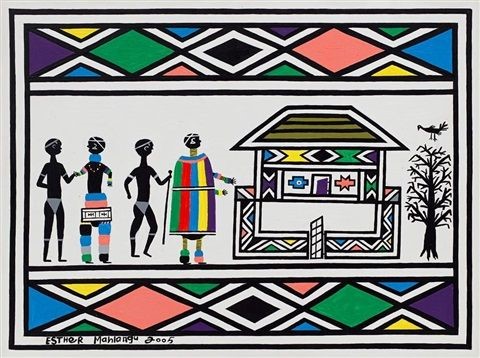 The cradle of humanity, plundered for centuries,
deserves justice and recognition

World Africa Day celebrates the anniversary of the signing of the OAU (Organisation of African Unity) agreements on 25 May 1963. This day has become a deeply rooted tradition in all African countries and is symbolic of the struggle of the entire African continent for liberation from the many forms of exploitation that have impoverished it – and impoverish it – not only of extraordinary natural and mineral resources, but above all of so many young generations (from the transatlantic trade to current migrations).

On the occasion of International Africa Day 2021, we are participating in the online meeting series “Harambee Dialogues” (harambee is an expression in the Swahili language that expresses the concept of “working together in an ideal of active collaboration, to achieve a common goal”).

To request the link to access the meetings write to: comunicazione@harambee-africa.org

Today we also propose to appreciate an African artist who we could compare with our own Maria Lai: here is the portrait of Esther Mahlongu, born in 1936 in Middelburg, South Africa, a member of the Ndebele tribe, to whom we owe the painting we have chosen as the image of this Day.

Esther Malongu is one of the few African artists whose art is often exhibited on the international stage. She started painting when she was only ten years old, following the teachings of her mother and grandmother, and has never stopped since because, as she herself confides, her art makes her feel “very happy”. The artist thus follows a local tradition whereby this particular type of painting technique is passed down through the family. Despite being an internationally renowned artist, Esther Mahlangu lives in her village in close contact with her own culture. A woman of few words, Mahlangu has dedicated her life to her art.

These paintings are closely linked to the ancient tradition of decorating houses for the rite of passage of male children. Between the ages of eighteen and twenty, the young men of the tribe went to the “school of circumcision” and underwent a special ritual that marked their transition to adulthood. To celebrate this event, the women completely repainted both the inside and the outside of their houses with a preparation based on cow dung and plaster, using a very wide repertoire of traditional figures.

These drawings were characterised by the presence of repeated geometric shapes, limited by a thin black border in stark contrast to the white background. The colours used are flat and stand out vividly from the border and background used. The geometric abstraction evident in these paintings is underlined by the continuous repetition of these simple figures that make the whole work rather complex. In essence, symmetries of lines, figures and colours are absolutely predominant.