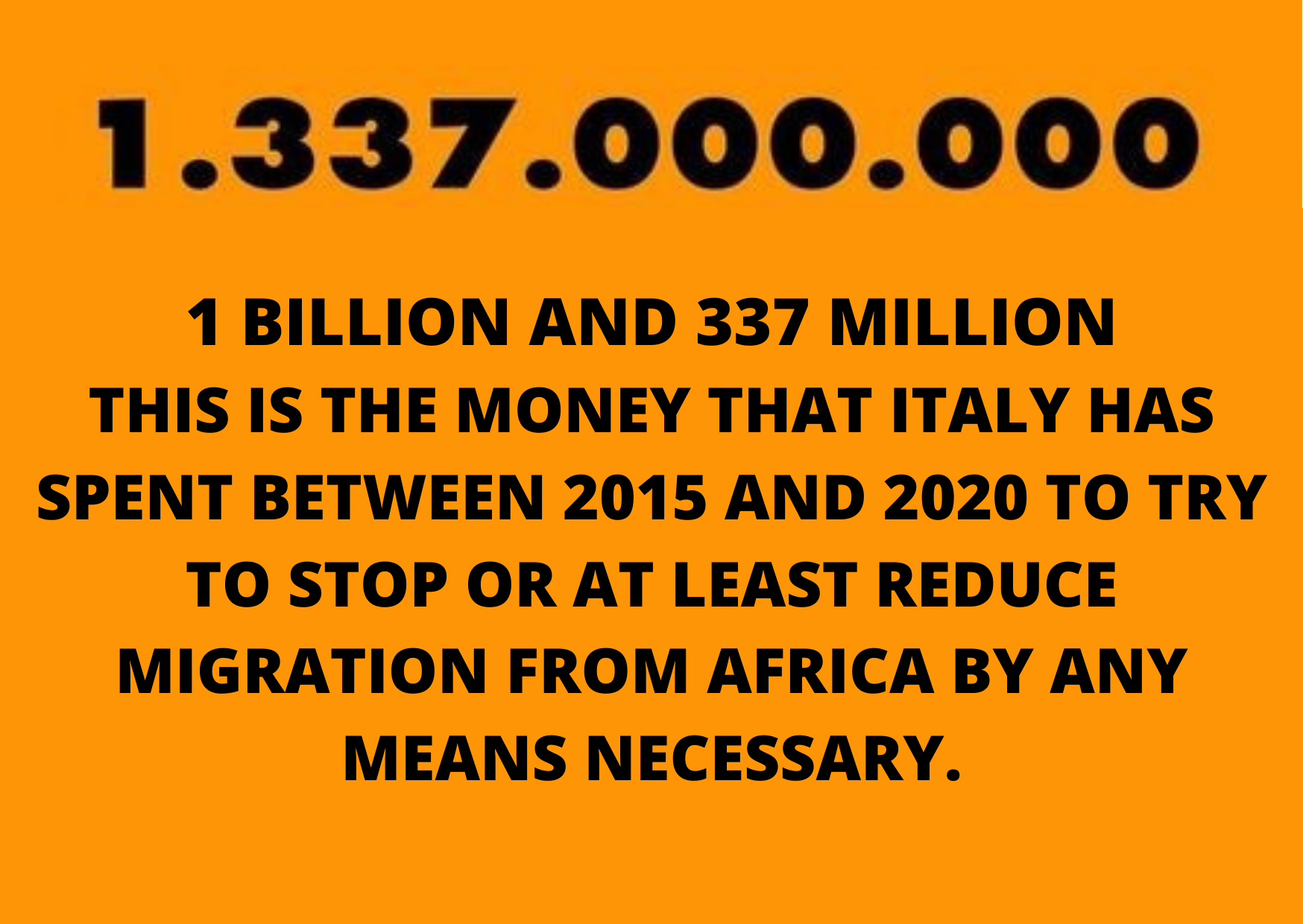 “In the hours in which the Italian Parliament, on a government proposal, voted by a large majority for the refinancing of the so-called Libyan coast guard, the UN Secretary General’s envoy to Libya, Jan Kubis, implored the Security Council to stop cooperating in rejecting migrants. In vain.”(Avvenire.it, 16 July 2021)

“The number of people dying at sea trying to reach Europe has more than doubled this year compared to the first six months of 2020. The International Organisation for Migration (IOM) reported this yesterday, urging states to take urgent measures to stop this tragic loss of life and to comply with their obligations under international law. In the first half of 2021, at least 1,146 migrants bound for Europe were swallowed up by the sea. The central Mediterranean route between Libya and Italy is the one with the most victims. In 2020, 513 people died during the same period. The IOM notes that the increase in deaths was recorded at a time when interventions to block the barges off the North African coast were intensified” (from “Osservatore Romano” of 15/07/2021).

Read the article: Double the number of dead migrants in the Mediterranean Sea

“I don’t know who the father is. Which one among the three jailers who raped me every night for three years… They continued raping me until I was eight months pregnant… When I look at him I can’t help but think of the atrocities he came into the world with, but sometimes I also think he was born to free me from that hell…’. Myriama is Eritrean, 22 years old, Beyene’s mother. The hell she is talking about is the one that the Italian Parliament refinanced yesterday’” (from Benvenuti Ovunque, 16 July 2021).

Benvenuti Ovunque (Welcome Everywhere) is the web newspaper, edited in collaboration with the Rete dei Comuni Solidali,
dedicated to the themes of migration and reception.

Read the article: Maybe he was born to set me free

THE FUTURE WILL BE SPIRITUAL OR NOT