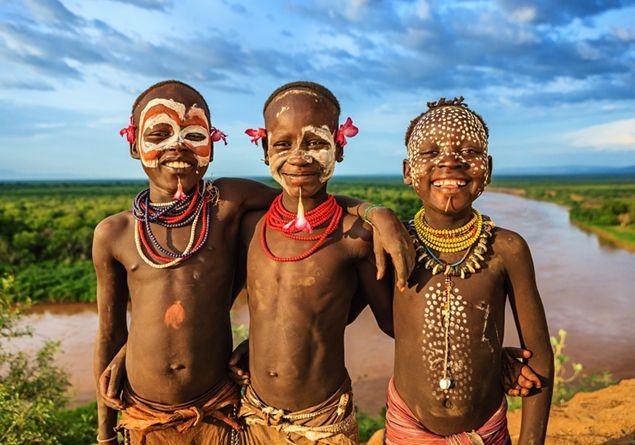 Their rights continue to be trampled on

In an increasingly globalized world in which food, products and even ideas tend to be conformed, diversity is too often seen as an obstacle, an incongruity to be ironed out.

Indigenous peoples are unique in the inheritance and practice of cultures and ways of relating to people and environments. They have maintained social, cultural, economic, and political characteristics that are distinct from those of the dominant societies in which they live.

Despite their cultural differences, they share common problems related to the protection of their rights as distinct peoples. They have sought recognition of their identities, their way of life and their rights to their homelands and natural resources for years, but throughout history their rights have been violated.

Today, indigenous peoples are probably among the most disadvantaged and vulnerable groups in the world. The international community recognizes that special measures are needed to protect their rights and keep their cultures and customs intact.

INDIGENOUS PEOPLES UNDERSTAND AND MANAGE THEIR ENVIRONMENT BETTER THAN ANYONE ELSE:

The Baka of central Africa use more than 15 different words for “elephant” depending on the animal’s age, sex, and character. They believe their ancestors walked in the forest with the animals.

On a daily basis, the Yanomami use about 500 different species of plants. They know which ones to use for building houses or making tools and arrows; they know which ones are best for fuel, for anchoring and tying, for weaving baskets or hammocks; they use some specifically for coloring and painting their bodies, or as poisons, medicine, perfume, hallucinogens… and much more!

Yanomami women and children rest in a garden in the forest, Brazil. In their gardens, the Yanomami grow about 60 plants, which make up about 80 percent of their food sources.© Fiona Watson/Survival

The Jummas of Bangladesh practice “rotation farming” to allow the land to regenerate: they grow food in small portions of their land and then move to another area. They put a different set of seeds in each hole to ensure different harvests in different seasons.

A deep understanding of their environment and the ability to interpret natural phenomena saved the people of the Andaman Islands from the devastating tsunami of 2004. Seeing the waters of the sea receding, they realized what was about to happen and took refuge on high ground.

“We know when there are poachers in the forest and where they are, but no one listens to us,” one Baka man told us. Although indigenous peoples know their environment better than anyone, the dominant conservation model excludes them.

Baka children in the forest, Republic of Congo.© Survival

Unlike us, the Arhuaco people of the Colombian Sierra Nevada feel deeply responsible for the well-being of the planet and consider it their job to keep Mother Earth in harmony. They believe that droughts and famines are consequences of human failure to keep the world in balance.

The rocks in the hills of Niyamgiri, India, absorb monsoon rain, feeding more than 100 perennial rivers and streams, including the Vamshadhara River. The Dongria Kondh, who inhabit this lush terrain, call themselves “Jharnia,” or “protectors of the streams.”

When collecting honey from the highest branches of the trees, the Soligas usually leave some on the ground for the tigers they consider part of the family. They do this “because tigers can’t climb trees and collect honey on their own!”.

When a baby is born, the Orang Rimba of Indonesia plant its umbilical cord under a Sentubung tree. The child maintains a sacred bond with that tree for life; for the Orang Rimba, cutting down a “birth tree” is tantamount to committing murder.

Evidence shows that protecting the territories of uncontacted tribes is the best way to defend the Amazon from deforestation. In fact, about 100 uncontacted tribes live in the rainforest. As hunter-gatherers, they live in symbiosis with their environment and have extensive botanical and zoological knowledge.

10 examples that make indigenous and tribal peoples the best conservationists

80% of the earth’s biodiversity is found in indigenous territories, and when their territorial rights are secured, indigenous peoples achieve conservation outcomes equal to if not better than conventional programs and at a much lower cost.

Indigenous peoples are the best "conservationists",
custodians of the Earth,
forerunners of integral ecology