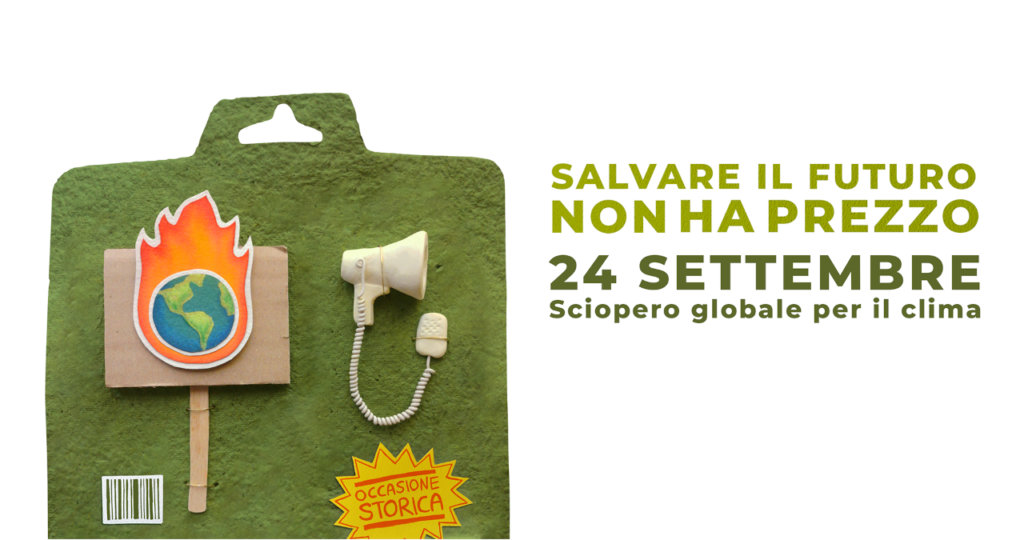 Friday for future returns to the streets in the same week in which, during the 76th General Assembly, the UN finally spoke true, agreed and, perhaps, serious words about the commitments to be made in the face of environmental disaster… even if China and Russia do not get involved:

“The UN Intergovernmental Panel on Climate Change has told us three things: that our action should be immediate, rapid and large-scale. And if we don’t act to reduce greenhouse gas emissions, we won’t be able to contain climate change below 1.5 degrees.”
(Mario Draghi President of the Italian Council)

Young people mobilised worldwide by Greta Thunberg take to the streets once again to demand:

This time, the peaceful, international youth movement that grew out of Greta Thunberg’s protest three years ago is putting a special emphasis on inequalities and injustices between countries and even within states themselves. The historic victories of collective action have demonstrated the need for young people to stand united in the struggle for social justice and between generations.

In Italy, the appointment comes a few days before ‘‘All4Climate-Italy2021’‘, the institutional week dedicated to the climate that from 28 September to 2 October in Milan will see four hundred young delegates from all over the world, dozens of environment ministers, heads of state, UN representatives and over 500 national and international events supported by the private sector and civil society. A preparatory event in view of Cop26 in Glasgow in November.