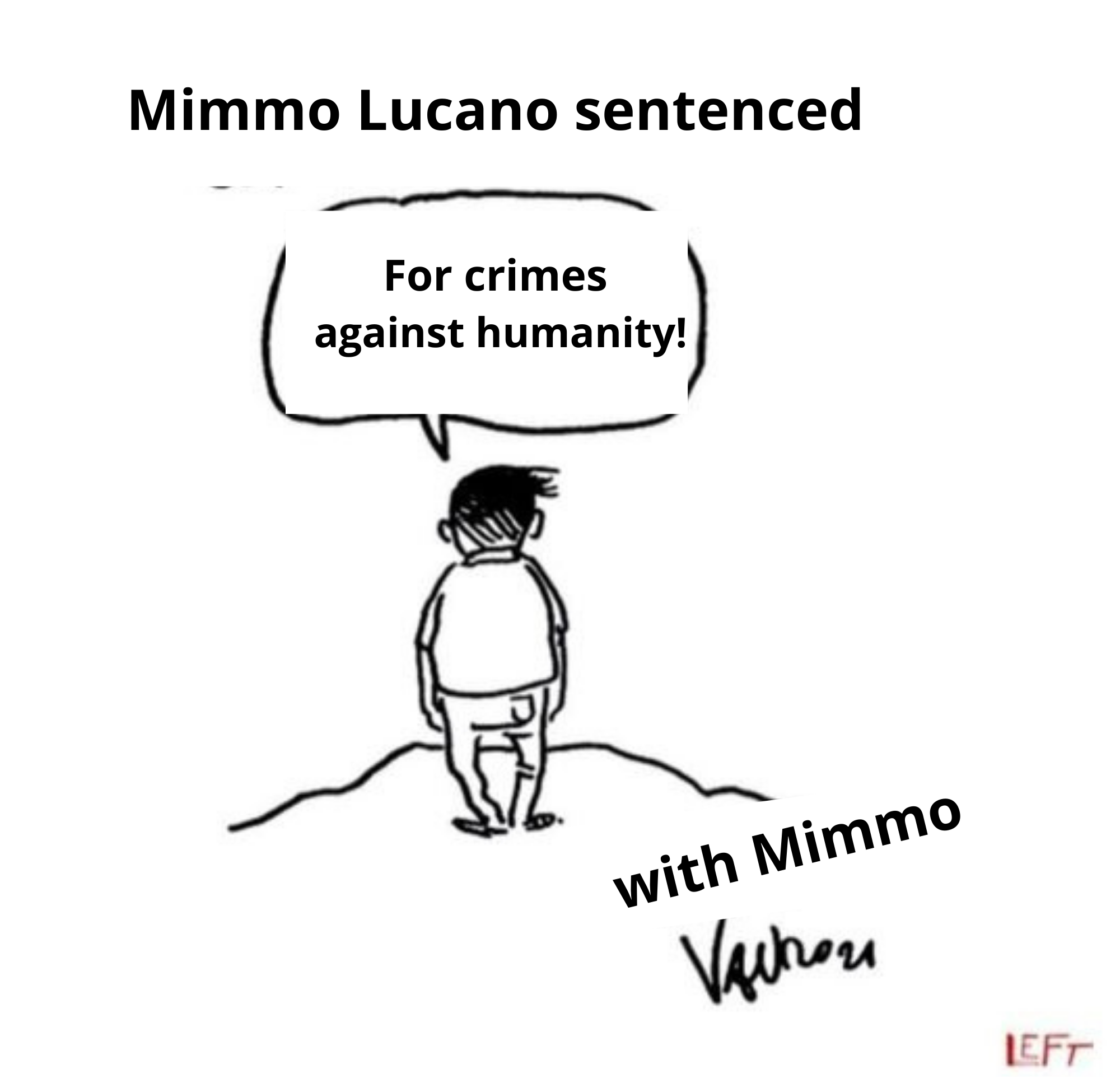 WATCH THE VIDEO OF THE MAYOR OF BUSSERO

…and that of Archbishop Giancarlo Bregantini (former bishop of the diocese of Locri-Gerace for 14 years) on the occasion of the first instance verdict in 2018.

Faced with the fact of the house arrest of the Mayor of Riace, MIMMO LUCANO, I express my deep bitterness and sorrow. For him and for the whole community of the town and of Calabria, where I was Bishop for 14 years.

I therefore feel like saying a word of closeness and solidarity, which may be of comfort to my friend Mimmo and of light for all the faithful in the area. In fact, I believe that the actions of this courageous and tenacious mayor have been fruitful and highly proactive. He seized the opportunity presented to him by events, namely that of welcoming a vessel of Kurdish citizens who had landed by chance on the shores of his country years ago. He felt a great movement of humanity within him, which drove him to direct and active solidarity. In this journey, he gradually involved his whole country, Riace. Especially the old town centre, where he was able to reactivate and re-inhabit many empty houses, because the owners had emigrated elsewhere.

It was precisely on this relational empathy that he continued his journey, personally supported by our Church of Locri-Gerace. At times it was a risky path, often having to clash with the logic of convenience or criminal interests. But he has certainly been a far-sighted man, a mayor who understood that only by valuing immigrants can we benefit our Italian citizens. Not one against the other, but only together. He has created wellbeing for all, reopened schools, reactivated ancient trades that no one did anymore but which were the economic salvation of Calabria, giving lustre to that land, which thus became famous not only for the art of bronzes, but also for the strength of the human being, today. He always maintained a collaborative attitude, even though he had a strong prophetic drive, which led him to look far beyond the narrow fences of the country.

I trust in the judiciary to shed light on this painful affair. I feel, however, that everything can be clarified if the polemical tones of those who seek not the truth but the victory of self-interested personal opinions are extinguished. The common good of the country is at stake.

I ask politics to reflect well on this “model”, especially in this moment of great battles, to avoid that in the future the binomial between security and migrants becomes negative and oppositional. Migrants, as we learn from Riace, are a resource, not a danger. They revive villages that are dying, as we are already seeing with great trepidation in Molise. Welcoming them wisely and with a good integration plan, especially by teaching them our beautiful Italian language, will make our hearts and our cities more open. Because it is true what Pope Francis writes in his Evangelii Gaudium, almost describing little Riace: “How beautiful are the cities that overcome unhealthy distrust and integrate those who are different, and that make this integration a new factor for development!” (EG 210).

It is with these words of light that I entrust to the Lord this painful human and social event, certain that the Lord will open up new paths of hope and consolation for all.

"HOUSE ARREST OF THE MAYOR OF RIACE"