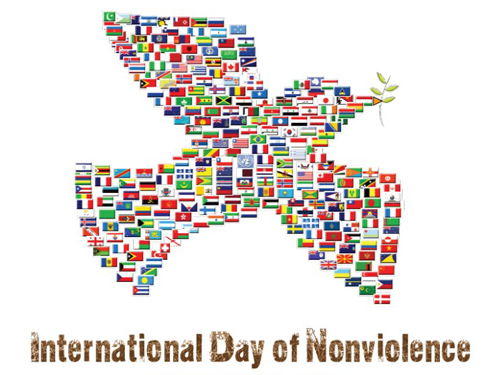 Central to non-violent practice is ‘non-cooperation’ with other people or with an authority, an institution or a law, in which case it amounts to civil disobedience.

For Gandhi, nonviolence does not only mean the will not to harm anyone but is a positive expression of love, of the will to do good, even of those who commit evil.

Love as a positive expression of nonviolence requires that one resists the one who commits evil by dissociating oneself from his or her actions in everyday life, even if it may offend or displease him or her.

Non-collaboration is not something passive but something extremely active, more active than physical resistance and violence because it draws on the ‘power of sincerity’, from the term Satyagraha often used by Gandhi.

The word ‘nonviolence’, as the intention not to harm, is not a Mahatma word: ahimsa is one of the essential principles of several Indian philosophical currents and more particularly of Jainism. The great Gandhian innovation consists in having transformed a religious ethical precept into an instrument of political action.

Aldo Capitini, the Italian Gandhi, recalls that nonviolence is a process:

“Nonviolence is entrusted to a method that is open in that it always welcomes and perfects its ways and it is experimental because it wisens the determined circumstances of a situation”.