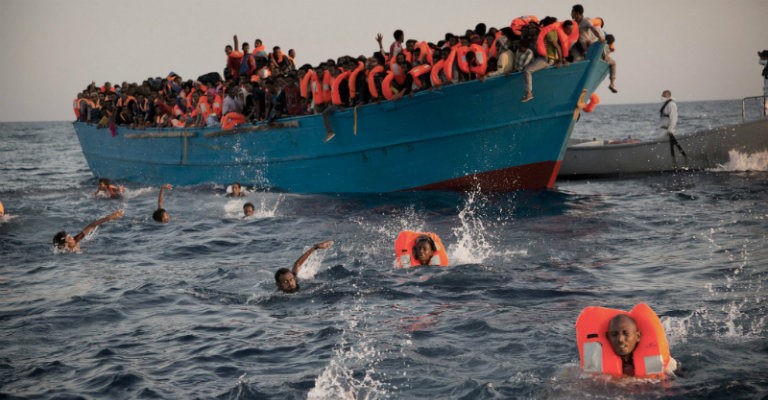 3 October is a day of mourning. For those 368 human beings exterminated by border management policies and for the thousands who died after that day. It was a real tragedy, documented by harrowing images, such as the long line of coffins at the island’s airport, which went around the world in minutes.

On 3 October, a law passed by Parliament declared 3 October to be a national day in memory of the victims of immigration.

“When I opened those sacks, with 368 corpses, the thing that stuck with me, and that will stay with me for the rest of my life, was to see so many children in those sacks dressed up: with braids, with little dresses, with little shoes. The mothers had prepared them to say: our children are like yours"

Since then, however, immigration policies have gone and continue to go in the same direction: close, stop, control, reject.  In recent years, borders have been further secured everywhere. Initiatives aimed at externalising borders have continued with great commitment, shifting onto other governments and countries the burden of stopping flows and rejecting.

Since 3 October, the criminalisation of immigration and solidarity has proceeded in great strides, in order to give a solid basis of consensus to the choices of governments and the EU…just think of the very recent judgment of the Court of Locri that heavily condemns Mimmo Lucano and his Riace Model of integration of foreigners.

The meaning of this day is to preserve and renew the memory of the victims, but also to launch an appeal to overcome all forms of closure, mistrust and selfishness in the face of the tragedy experienced every day by the many migrants who seek only a better future.

Let's put HUMANITY, RESPECT and JUSTICE in a circle