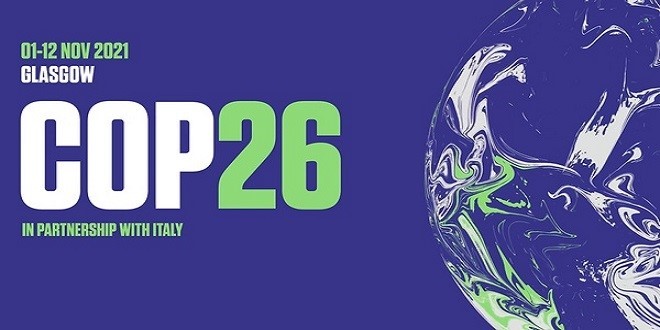 She came to Glasgow to attend COP26: the annual UN climate conference, the scene of complex negotiations between some 200 countries on cuts in greenhouse gas emissions and the effects of global warming. Alok Sharma, chairman of the conference, called it “our last, best hope of keeping the 1.5° mark”, the threshold within which temperatures can be contained, within reach. (Source: www.corriere.it/esteri/)

At the head of the youth protest against the inertia of adults on climate change, together with Greta other young activists (Ou from China, Vanessa from Uganda, Dominika from Poland, Mitzi from the Philippines, Alexandra from the United States, Riddhima from India) shout ‘we are the leaders’.

Generation Greta is not intimidated by being left out of the conference and continues to accuse the powerful of empty “blah blah blah” in the streets, as it did in Milan at the end of September and beginning of October, during the Pre-COP26 preparatory session and the Youth4Climate youth event.

In Glasgow, angry and disheartened young people are pressing on: “This is treason”, they are launching the Manifesto “Emergency Call for Climate Action”: “We are catastrophically far from the crucial goal of limiting the temperature increase to one and a half degrees”, their text reads, “while governments continue to spend billions on fossil fuels. This is the red alert for the Earth. Millions of people will suffer the consequences of this devastation. The future that awaits us is terrible. But it can be avoided. Because you“, he told readers and signatories, “have the power to decide”.(Source: Repubblica 2/ 11/2021)

WE THINK THAT IN GLASGOW BETWEEN COMMITMENTS AND CONTRADICTIONS THE DRAMMATICITY OF THE PLAYING POINT IS ASSUMING: “We are digging our own graves”. (UN Secretary-General, Onu, Antonio Gutierres)  –https://news.un.org-

“In paragraph 19 of the final declaration we read that the G20 leaders “share the ambitious goal of collectively planting 1 trillion trees, focusing on the planet’s most degraded ecosystems, urging other countries to join forces with the G20 to achieve this global goal by 2030 with the involvement of the private sector and civil society”.

This is, without a shadow of a doubt – should it actually be achieved – a fundamental step towards guaranteeing our species a more serene future, the credit for which must be given to the G20 under the Italian presidency. These trillion trees represent a highly efficient weapon for lowering the level of atmospheric carbon dioxide (CO 2) on which the increase in the planet’s average temperature, the notorious global warming, directly depends”

Why it’s called that:

The acronym “Cop” stands for “Conference of the Parties”, referring to the contracting “parties” that signed the first climate agreements in Rio in 1992 (the United Nations Convention on Climate Change). The conference has been held annually since 1995.

The goals of Paris

To understand what is at stake in Glasgow, one must recall the Paris Climate Agreement, signed in 2015, in which the signatory countries committed to containing global warming “well below 2 degrees from pre-industrial levels” by cutting greenhouse gas emissions. According to experts, the 2015 targets need to be updated, because they are now insufficient to limit warming: the disastrous events in many parts of the world (floods, hurricanes, fires, desertification, etc., also leading to forced migrations) are there for all to see.