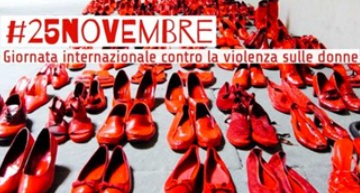 Femicides are on the increase and are committed by increasingly younger men (18-35 years old). This is attested both by the news in recent weeks, and by the data that the magistrate Fabio Roia – deputy president of the Court of Milan, and member of the Observatory on violence against women – will present at the conference Women killed by men: the numbers of a massacre. Where are we going wrong? which will take place in the Senate on Wednesday 24 November, at 4pm, on the initiative of the Parliamentary Commission of Inquiry into Femicide.
( https://www.senato.it/notizia)

Has the time finally come to go beyond an occasion to be moved and indignant and start counting the victims again? Not only women, but increasingly their children too.

Italy has one of the best bodies of laws and measures against violent men, stalkers and abusers in Europe. But the frequency and young age of the perpetrators of violence confirms that investing in the criminal code is not enough, and often backfires on the women themselves who, out of fear, give up reporting abuse and violence.

IT IS URGENT TO STRENGTHEN
PROTECTION, PREVENTION AND A CULTURE OF RESPECT...
...RIGHT FROM THE CRADLE!

Especially if we consider violence against women to be a violation of human rights: “A manifestation of the historically unequal power relations between men and women, which have led to domination over women and discrimination by men and constitute an obstacle to the full advancement of women.” (Fourth World Conference on Women, Beijing, 4-15 September 1995).

Gender-based violence must be tackled bearing in mind that it is now a complex and structural, cultural and moral humanitarian emergency: there are too many young men ready to threaten, beat, persecute and kill women whom they consider to be their property, over whom they can exercise any form of possession and supremacy. 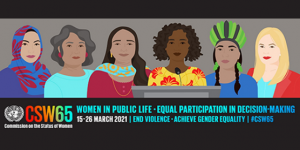 From this perspective, the Congregation participated last March in the CSW65 Forum (Conference on the Status of Women) for the UN General Assembly,inviting our Unit to contribute to the reflection that we have summarised in the ad hoc video “We are all on board. Gender and domestic violence concerns us”… in line with the positions of the Congregation.

In Italy – and more generally in Europe – the increase in feminicides among young people tells us that the conflict between genders is becoming more acute among the new generations. This escalation seems to be the result of a short circuit between opposing trends: emancipation (of women) and preservation (of men). On the one hand, women dare/refuse to ‘stay in their place’, while, on the other hand, men continue to claim to dominate them, perpetuating the logic of patriarchy that has characterised the man-woman relationship for millennia… The situation of women in Afghanistan is emblematic today.