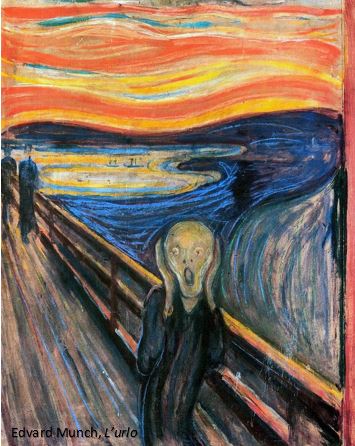 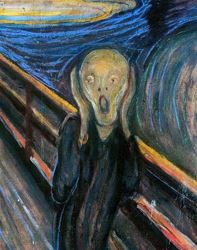 In recent days, from near (Italy) and far (New York), screams have reached us and, as in Munch’s famous 1893 painting – sensitive to the Earth’s scream – we have brought our hands to our ears. They are the screams of two bright young women who have decided to end their lives. Had no one ever noticed their souls torn apart by a growing unease that ended up overwhelming them?

The young woman from Turin, an established accountant, was in her ninth month of pregnancy and would have been 37 years old the day after she took her own life by jumping from the ninth floor, while, according to reconstructions, she was on the phone with a colleague in her office, who suddenly did not hear from her. No explanation was given in the note found in the house by the investigators, but there were instructions to her colleagues on what to do about the work still to be done: “Work has overwhelmed her. My wife loved her profession very much. She did it with passion but she worked too hard. She didn’t know how to say no. This destroyed her,” said her husband. “She was afraid she couldn’t handle everything, even though we had guaranteed her all the help we could, but she still felt overwhelmed,” adds her mother-in-law who lives in the flat next door.
(Source: torino.repubblica.it/cronaca/2022/01/29/news)

The 30-year-old Miss America 2019 also jumped from the top floor of her flat in New York City on Sunday morning. A law graduate with a master’s degree from Wake Forest University, she worked as a lawyer in North Carolina before hitting the beauty pageant scene and winning the title of Miss USA in 2019. The following year, she became a successful television host. In a note found in her flat, she wrote to leave all her possessions to her mother without explaining why she had done so. A few hours before her death she had posted a photo of herself on Instagram with the words: ‘May this day bring you rest and peace’.
(Fonte: huffingtonpost.it)

SUCCESSFUL YOUNG WOMEN
UNSUSPECTINGLY VULNERABLE
FOR A KIND OF PAIN THAT KNOCKS AT THEIR DOOR LIKE AN UNEXPECTED GUEST.
PROMPTING THEM TO THROW THEMSELVES INTO THE VOID
DESPITE THE AFFECTION OF FAMILY AND FRIENDS

Some experts suggest that we are all at risk from a kind of virus of our modern life: the acceleration that infects everyone.  Today, in all Western societies, people are suffering from a lack of time and feel compelled to run even faster, not so much to reach a goal but in order not to lose positions or, increasingly, for pure survival.

How to repair and mend?

THIS IS HOW YOUNG AMERICANS REACT TO THE RISK OF BEING CAUGHT UP IN THE WHEELS OF A SYSTEM THAT PUSHES FOR SPEED AND COMPETITION, WHICH CAUSES DISCOMFORT AND DISSATISFACTION:

“they “throw their careers away” by announcing their resignation from their jobs with a video posted on TikTok. In America, this is no longer just a trend, but a real epidemic. Part, of course, of the much broader phenomenon that the media are already calling “Great Resignation”, which in the last two years has seen at least 10 million people, about 8 per cent of the workforce (US Bureau of Labor Statistics figures from November) leave the jobs they had before the pandemic, for a wide variety of reasons: from fear of contagions to settling for public benefits to rethinking the centrality of work.