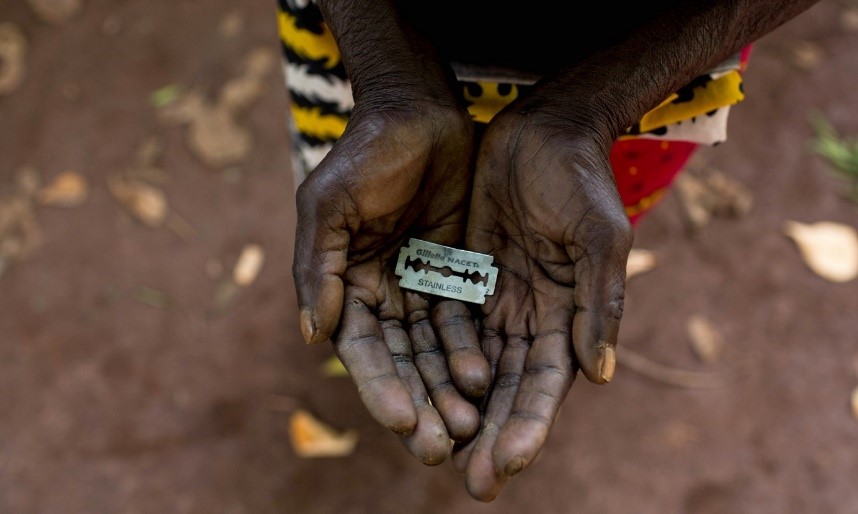 A fight that affects the fate of the entire human race

Female genital mutilation (FGM) is internationally recognised as a form of human rights violation, a form of gender-based violence that tramples on rights from the earliest years of life, puts their physical and psychological health at risk, and affects everyone because it has to do with the journey of the entire human race.

“I don’t want my other daughters and girls to go through the pain we went through,” said Halima, a 50-year-old woman living in a camp for displaced persons on the outskirts of Somalia’s capital – referring to the mutilation she suffered when she was an eight-year-old girl: a barbarity she “inherited” even from her eldest daughter, whom she regrets. According to a 2020 Somali demographic and health survey, 99% of women aged 15-49 in Somalia have undergone female genital mutilation, most between the ages of five and nine. The survey also reports that 72% of women believe it is an Islamic requirement, although some religious leaders have said Islam condemns it. (Source  https://www.unfpa.org/news/somalia).

The image of the stitched rose is taken from F.L.O.R. the photographic project by Marzia Bianchi on FGM, the adoptive mother of a little Somali girl who had suffered this barbarity as a child and asked her to understand the ‘reasons’ ….

“This project [F.L.O.R.] was born a few days after my teenage daughter, who has been with me for three and a half years and comes from Somalia, asked me how to explain to her peers what she had suffered as a child without scaring them and feeling like a freak. How to explain to the teachers, without having the eyes of those who look at you with compassion, why every month there are days when she feels sick and is locked in the bathroom, how to explain that she doesn’t skip physical education because of laziness but because she has difficulty walking”.

“Of certain words you said to me,
I only remember how you looked at me”