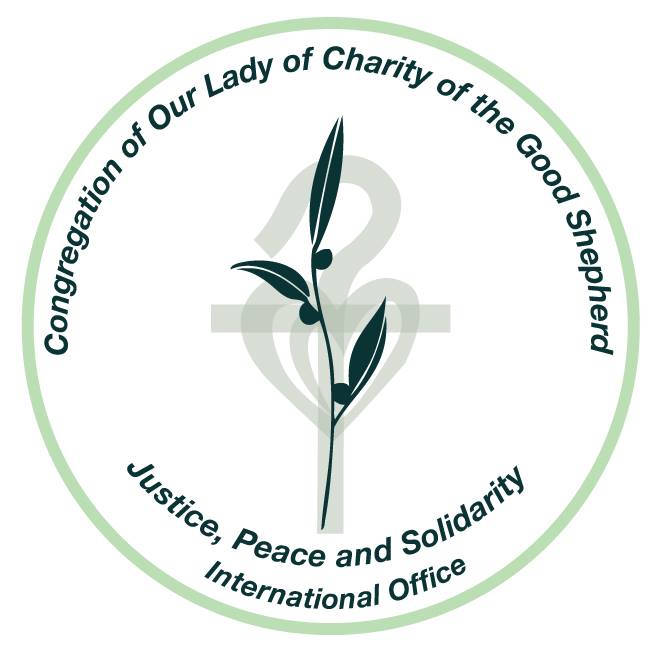 The Congregation of Our Lady of Charity of the Good Shepherd, an NGO in Special Consultative Status with the Economic and Social Council of the United Nations, on behalf of its members in 72 countries throughout the world deplore the invasion of Ukraine by Russian Forces. This invasion is causing immense human suffering, first to our sisters and brothers in Ukraine and also to the people of Russia and the whole world. We are all impacted by this invasion which is already giving rise to multitudes of migrants and refugees and impacting the environment, with the destruction of infrastructure, people fleeing their homes, and crossing borders in search of safety for themselves and their children.

This situation is occurring and evolving within patriarchal forces of militarization, using power over people and nations. The sanctions invoked by the global community are equally rooted in patriarchal power. These sanctions are focused on governments’ perceptions of their own security and control of economic resources that are contrary to the welfare of persons, human rights, human security and planet wellbeing. The politics of patriarchy are dehumanizing and corrupt and must be challenged as the world struggles for a new world order based on global citizenship, sustainability, inclusion and respect for planetary boundaries.

We as a NGO who focus on the human rights and empowerment of girls, women and children, see the devastation that befalls girls, women and children in this current military operation and its related economic sanctions We are aware and painfully conscious of how easily ‘rape as a weapon of war’ is used in these circumstances by occupying forces. Sexualized violence against women and girls happens all too easily with the collapse of law and order accompanied by increasing poverty and the reversal of development. All of what is unfolding before our eyes is contrary to what the United Nations stands for and its very raison d’etre. The current situation makes a mockery of the commitments to implement the many agreements that are at the center of UN conventions and consensus, most recently the 2030 Agenda for Sustainable Development.