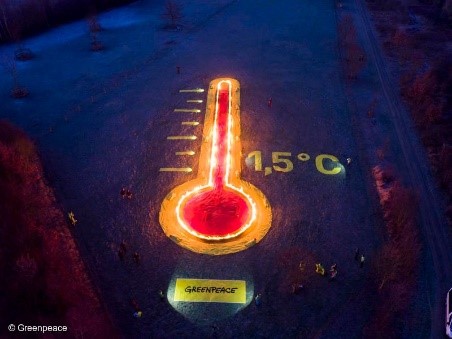 Yesterday saw the release of the Report of the ICCP Working Group, the leading international body for climate change assessment, which “released and delivered to governments around the world the most comprehensive climate impact assessment report ever produced. In the report, the IPCC examines the impacts, adaptation and vulnerability of territories to climate crisis, showing how severe the consequences of global warming already are, with widespread loss and damage to people and ecosystems around the world.”

WHAT GAME ARE WE PLAYING?
TRANSITION OR ECOLOGICAL FICTION?

Last year, at the UN climate summit in Glasgow (COP26), governments admitted that they were not doing enough to limit warming to the 1.5°C safety threshold set by the Paris Agreement, agreeing to revise their national emission reduction targets by the end of 2022. At the next climate summit (COP27), to be held in Egypt at the end of the year, governments will be called upon to address the growing gap between adaptation measures, loss and damage, and the profound injustices caused by the climate crisis, which the IPCC has highlighted in this report.

“I have seen many reports, but never like this one” Guterres admitted. “Carbon dioxide pollution is driving the most vulnerable peoples to march with their hands tied towards destruction. This abdication of leadership is criminal”. (Source: Repubblica)

For the director of the United Nations Environment Programme, Inger Andersen, “climate change is not lurking around the corner waiting to pounce on us. It is already upon us, raining down blows on billions of people”.

THE RUSSIAN-UKRAINIAN WAR
WILL LEAD TO EVEN GREATER RELIANCE ON FOSSIL FUELS...
...INSTEAD

“We must abandon all investment in fossil fuels now
and protect 30% of land and marine ecosystems by 2030.”
(Greeppeace.org/italy)

HOW WILL WE GET OUT OF THIS?
"This report is a dire warning of the consequences of inaction,"
said the IPCC chairman.