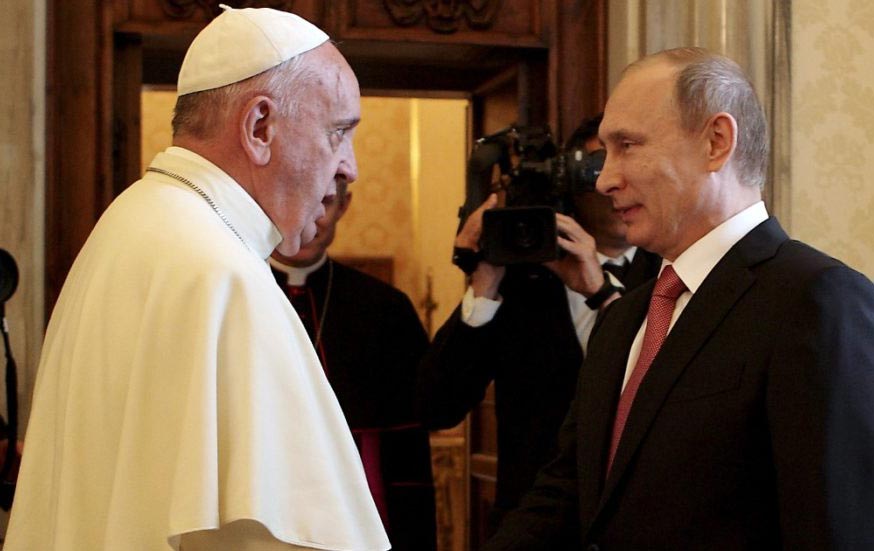 “A significant invitation that brings back into play the role of mediation for the end of the war in Ukraine that the Holy See, by the will of Bergoglio, has taken on several times by offering its availability to facilitate negotiations. A position that has seen the Vatican’s commitment on two parallel fronts: diplomatic and humanitarian. Precisely to avoid breaking the already precarious diplomatic balance, the Pontiff has always used clear words, but aimed at avoiding a frontal condemnation of the Russian president and Patriarch Kirill.”
(Source: ilfattoquotidiano.it/2022/03/15/)

“A humble and high mediation”

The willingness to promote negotiations reaffirmed by the Vatican Secretary of State Pietro Parolin outlines a scenario in which the timid signs of openness to negotiations, which have arrived in recent hours both from the Kremlin and from Kiev, can find concreteness. The first objective is a real ceasefire. The next step towards an end to the conflict, even under the undisputed moral authority of Pope Francis, remains one of the most complex undertakings“. (Source Avvenire)

War enters Europe: latest in a long line that continues to tear apart populations around the world