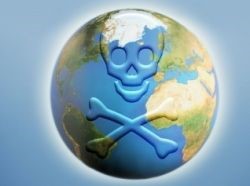 We are not just referring to the tragedy in the Italian Alps, which we will remember as ‘the Marmolada disaster’, where a chunk of glacier broke off and took dozens of climbers with it. The effects of environmental neglect and climate warming are signs of the times and touch our lives more and more closely today, as confirmed by the worst drought in Italy in 70 years.

“The tragedy in the Alps, in a mountain I know well, is the result of human-induced global warming: our beloved ecosystems – mountain glaciers, rainforests, wetlands, coral reefs – are being destroyed as a direct consequence of foolish human behaviour,” observes Jeffrey Sachs, a Columbia, New York, economist, director of his university’s Earth Institute for fifteen years, and long-time UN advisor on environmental issues, including under the current Secretary General Antonio Guterres, with disheartenment. (source: repubblica.it)

–Floods in Bangladesh: more than 4 million people in Bangladesh have been stranded by violent flooding due to monsoon rains.

–Weather in Australia: more than 10,000 Sydneysiders have been ordered to leave their homes due to the severe weather emergency caused by torrential rains that caused the Warragamba Dam to overflow.

HUMANITY IS SUFFERING
THE COST OF HAVING BROKEN THE LIMITS

Will we be able to be part of a gentle but radical revolution to save the world
and finally do something concrete 'in the interest of future generations?

Will we be able, as consumers, in our daily choices, to make those who govern understand that this issue matters to us and that we will play our part every day? We have a duty to do so.

WE THE GOOD SHEPHERD,
IN THE FACE OF THESE SIGNS OF THE TIMES
WE COMMIT OURSELVES TO RADICAL TRANSFORMATIONS