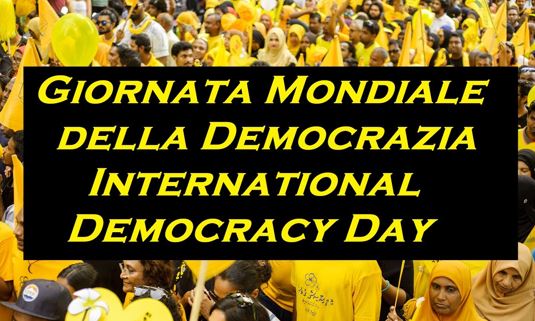 Growing in the horizon of equal respect for all

Let us celebrate it from the perspective of democratic equality.  In this age of great migration, it aims to include everyone in the promise of equal freedom, reducing – if not eliminating – those inequalities that make people’s value of freedom diminish.  Let us celebrate it by renewing our commitment to eradicating the radical fact of injustice: “that natural and social lottery whereby people’s fate is shaped by the context in which they are born and grow up as children. Here the radical maxim applies: nobody chooses to be born, here or there in the world’ (Source: Salvatore Veca, Dizionario minimo. Le parole della filosofia per una convivenza democratica, 2009).

The concept of equal respect is at the heart of the discourse of political norms and theories of justice; it coincides with the foundations of democratic societies urged to concretise shared forms of just society.

Equal respect can become the guiding star in the construction of intercultural societies in which every person is recognised as having equal dignity.

On this day, let us remember one of the most extraordinary values that our Western culture can bring to the construction of a coexistence in the third millennium, in the midst of globalisation, where people, groups and institutions from different cultures and affiliations mix and confront each other.
Let us commit ourselves, in tune with the goals of the UN 2030 Agenda, to do our part in helping to re-enact the famous speech of Pericles, politician, orator and military man of ancient Greece:

“Our government favours the many over the few: that is why it is called a democracy. Laws ensure equal justice for all in their private disputes, but we do not ignore the merits of excellence. When a citizen distinguishes himself, then he will, in preference to others, be called upon to serve the state, not as an act of privilege, but as a reward for merit.” (Source: Thucydides, The Peloponnesian War).