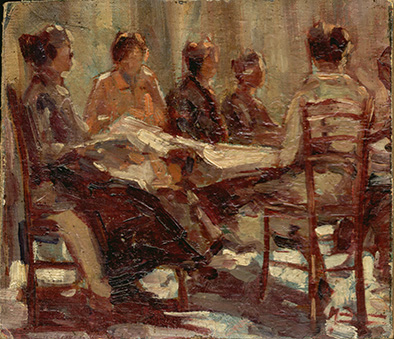 …so the other calls us with his look, with his invitation: “Welcome me”[1]. We do not allow diversity to turn into inequality or violence, we answer: “Here I am”. With courage, responsibility, a sense of limit, respect for the circumstances in which the encounter takes place… and with greater soul [2] to balance the weight of reality, making it into a net, in fatigue and in Grace.

There are few doubts here: the human dimension, the social context, the world, the universe, are permeated with multiplicity and complexity. They represent the original creativity and the dynamic and constructive individuality of people: values to be preserved and cultivated in order to prevent diversity from turning into social and civil, juridical and economic inequalities, or from turning into violence, just as when we think we already have knowledge about the other and the world [3]. 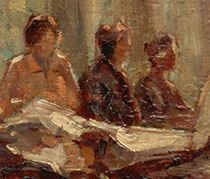 “Yes, we have a long and arduous journey ahead of us: in this new season we must in fact become skilled in complexity, experts of diversity, and capable of meeting and communicating with men and women who come from other experiences and follow other paths that are not our own. We must practise listening, welcoming the other and therefore learn to accept the mystery and the enigma of those we do not know, of those who appear to be strangers and not only foreigners… The others are not hell: they are our bliss on this earth” [4].

The question is complicated for everyone, even if, in the eyes of the Christians, the path seems quite clear: it is that of the disciples of Emmaus who were travelling together with a foreigner. They talked and when they shared the same bread, they recognized that he was Jesus (Luke 24:13-35). It is always from the unknown and as a stranger that the Lord comes to his house and to his people [5]: “Behold, I come as a thief” (Revelation 16:15).

“Those who believe in Him are called unceasingly to recognize Him so, dwelling far away or coming from 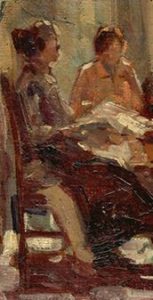 elsewhere, an unrecognizable neighbour or a separated brother, approached on the road, locked up in prisons, lodged with the derelicts, or ignored, almost mythical, in a region beyond our borders”[6].

But perhaps something must have escaped us Westerners, even us Christians: modernity opened with the savage conquest of America[7] by Europeans. It was the year 1492 when Columbus crossed the Atlantic Ocean in search of gold with which he hoped to convince the Spanish royalty to finance a new crusade to conquer the Holy Places: “The meeting on 12 October 1492 between Columbus and the natives was an unprecedented event. Let us try to recall it in order to understand how it was possible that the marvel before the new, before the other, resulted in its immediate annulment. Columbus thus begins the account of his first voyage of discovery: …I am writing you this letter, from which you will learn how in 33 days I went to islands inhabited by people without number. I have taken possession of them all on behalf of Their Highnesses by proclamation and by unfurling the royal standard, and I was not contradicted”[8].

In that crucial moment Columbus reveals the complete negation of the consciousness of the other and of his humanity. It is no coincidence that, since the end of the 15th century and in different continents, the West has often plundered foreign lands, exterminating and enslaving the natives… far away from practising hospitable, and Christian, relations.

Over time, especially in recent centuries, greed and the will to dominate have gained more and more ground. Pope Francis’ warning is recent [9]: “Fifty people can save millions of lives.” More precisely, Pope Francis states that: “The fifty richest people in the world alone could finance the medical care and education of every poor child in the world and could save millions of lives every year”.

Figures at hand, the Pope once again condemns [10] the universal iniquity of a rich world in which, however, the poor are growing, leading millions of people to become victims of trafficking and new forms of slavery, forced labour, prostitution and organ trafficking: “They have no rights or guarantees, nor can they enjoy friendship or family” [11].

generation is called to “choose what and whom to give priority to…? We must be aware that we are all accountable. This does not mean that we are all guilty, but responsible for doing something”[13].

To take a stand for diversity and practice hospitality is to perform acts of courage unceasingly. It’s something radical and never acquired: “Like justice, courage always remains to be done and tried”[14]. It is something radical because it embraces not only inter-subjective relations, but it commits us to “tracing a new way of behaving towards Nature, in the incessant openness to the greater Mystery that is revealed at all times in the most unusual places”[15]. Hospitality is an act of love: letting a change of mind and heart happen, a radical change of practice that must grasp the whole person, flesh, mind, nerves, bones [16]. “This is my commandment: that you love one another as I have loved you” (John 15:12).

Practicing today a hospitality that recognizes differences thus opens us to new lands on which we often walk in disarray. Maybe healing the complex relationships between people and with the Earth require special human and spiritual skills such as the ability to express solidarity-in-not-understanding [17]. Something very close to the newness of the Gospel “Love your enemies, do good to those who hate you, bless those who curse you, pray for those who mistreat you” (Luke 6:27-38). This is the principle at the very roots of the actions of the Foundress, Saint Mary Euphrasia, who matured extraordinary skills in managing the contrasts and hostilities raised, at various levels, by the newness of the Generalate: the unknown and unimaginable model of organization of the monasteries which the very young Superior proposed to her sisters to strengthen and expand the apostolic impetus of the work wanted in 1641 by Saint John Eudes.

In the century of the industrial revolution and its economic, social and cultural upheavals[18], there was an urgent need to react more quickly and effectively to the needs of the Mission, it was necessary for the monasteries, until then independent, to share human and financial resources by creating a network – as we would say today – of different apostolic realities, to open them to the future. Saint Mary Euphrasia was a pioneer of solidarity-in-not-understanding: she had a deep understanding of the position of the other, of his emotions and reasons. The newness of the Generalate disrupted the lives of people and institutions because it introduced disconcerting and potentially dividing differences as they were opposed to tradition. Saint Mary Euphrasia sensed and kept in mind the struggles and contradictions of those who, because they did not share “her” newness, suffered from it. She felt and deeply understood the conflict raging in people who wanted to make room for others… to welcome diversity.