Our History Renewed Itself in the 19th Century 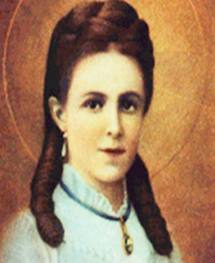 It renewed itself in the 19th century with Rose Virginie Pellettier, the later Saint Mary Euphrasia (1796-1868), who entered the Order founded by Saint John Eudes in Tours in 1814, in which she recognized a prophecy that would fulfil her whole life: to make visible to girls and women the Mercy of God who welcomes and caresses everyone, especially the most vulnerable in society, imitating as much as possible the ardent charity of the hearts of Jesus and Mary.

According to Saint Mary Euphrasia, God’s merciful love for each one of us finds its best expression in the character of the Good Shepherd. The tenderness and solicitude of the Good Shepherd are the founding values of the Congregation born in 1835 with the approval of Pope Gregory XVI, who recognized in the intuition of the Generalate, a centralized form of organization, the possibility of responding more quickly and effectively to the new forms of poverty arising in the era of the Industrial Revolution. The 19th century is a century of profound social changes that make the life of women and children more vulnerable. The many challenges that society brings to religious women are tackled by St Mary Euphrasia through the tool of the Generalate, which gives a new structure to the Order wanted by St John Eudes, whose “risk of mercy” she also shares.

St John Eudes and St Mary Euphrasia have gone through numerous personal trials throughout their lives, including conflicts with ecclesiastical authorities or within institutes. How did they react? They are two lively characters, and the reactions were indeed lively, but not in the sense of igniting a conflict. On the contrary, their reactions went in two directions, two ways of pursuit: 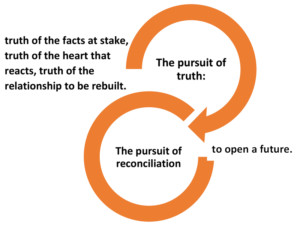 So in the new Congregation two religious spirits coexist: that of St John Eudes, the catalyst, who took hold of the soul of the young Rose Virginie, and that of St Mary Euphrasia, impulsive and innovative, who gave the Work greater flexibility, greater capacity for expansion, more cohesion, more unity, more strength, more relevance.Over the years the two Congregations will continue to interact, in relation to mission and spirituality, until the start, in 2006, of a process of reunification, celebrated on June 27, 2014 and also favored by a “journey of enrichment” of sharing stories, spirituality and charism. 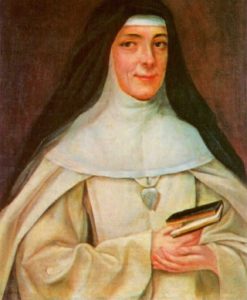 Since she wanted the whole world to benefit from the work of salvation begun by St John Eudes, the young Superior of the Refuge of Tours, she proposed to her Sisters that the monasteries, until then autonomous, share d human and financial resources to react more quickly and effectively to the needs of the Mission in the century of the industrial revolution and its economic, social and cultural upheavals. So in little more than thirty years, over 110 Welcome houses were opened to receive young women in distress all over the world.

Perhaps the Good Shepherd would not have existed without the first small group of Sisters who understood, shared and supported the vision of the Generalate of St. Mary Euphrasia as a structural change in the way monasteries were organized in response to the increasing number of requests to found new Houses. 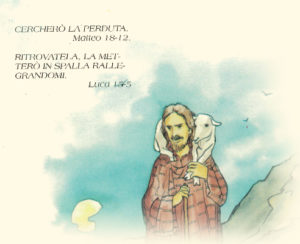 “Perhaps, then, we can say that these four women shared the community charism as a set of individual charisms that interact with the charism of the Founder.”.

As it was a fact for St John Eudes, also for St. Mary Euphrasia, collaboration with the lay people still was the lifeblood for the new Congregation. In particular, Countess Geneviève d’Andigne and Count Augustin de Neuville played a very active role in the creation and expansion of the mission.

Yesterday as today, the collaboration between the Sisters and the laity, the sharing of talents, passions and personalities, is seen as the main road for the continuity of the Charism and for the future of the mission in spiritual and apostolic co-responsibility.