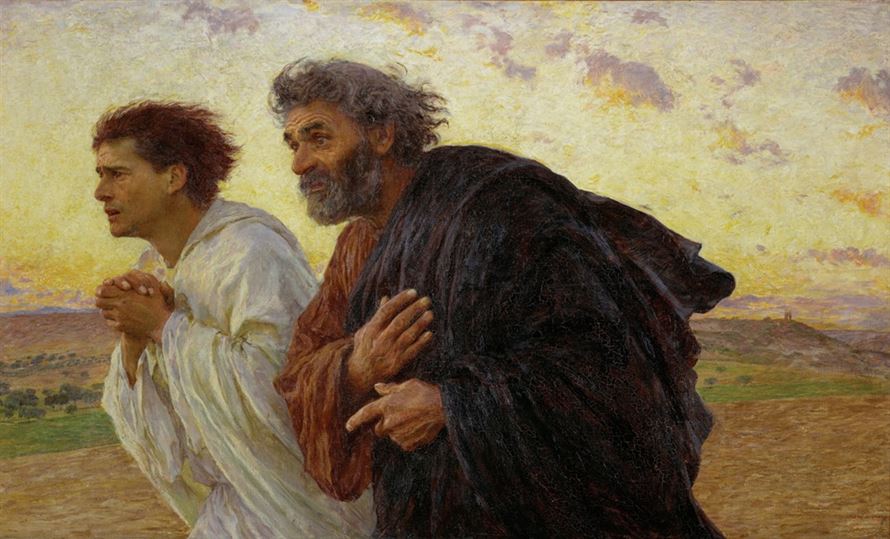 The message of these days is always new and surprising, almost unbelievable: Lent culminates in the Paschal Mystery and thus opens our hearts to a living hope, capable of nourishing the fight for justice and the dignity of every person: “I was dead, but look—I am alive forever and ever, and I hold the keys of death and Hades.” Revelation 1:18.

In these days, the commitment to resist, to fight for a liberated, more just and hospitable world—starting from our hearts, from our relationships, with those who live close to us—becomes stronger. The Risen Shepherd, who desires for each person plenty of life and peace, is a witness to us that evil and death, if we remain united to Him, do not and cannot have the last word in our lives.

Living Easter is therefore in harmony with reviving our zeal in order to give continuity and sustainability to our mission, which today focuses on accompanying the processes of resilience of women and children, Italians and foreigners welcomed into our apostolic realities, who are involved in “transitions” that require courage, humility and a willingness to transform radically.

The Lenten journey and the Paschal event also represent a fertile spiritual key, an inner mantra—in a logic of co-responsibility that weaves together the apostolic and professional competences of the Sisters and lay partners—through which we accompany women, girls, children, Italians, Maltese and foreigners who, nourished by hope, endure inevitable confusion, fatigue and pain linked to the “awakenings”[1].

Their “Lenten” journeys to recover and actively foster dignity and respect in their own and their children’s lives are always more or less long. These are complex and articulated resilience processes at a cognitive, emotional and behavioural level, with the aim of re-elaborating pain, loss, mourning and trauma, overcoming them and restructuring one’s own personal and social life “system”, generating and regenerating inner energies that were previously unknown.

Recently, resilience has also been adopted as an original key to interpreting the Holy Scriptures[2]: “Indeed, starting from the sacred ‘prehistory’ with the Adamic sin and the Flood (which, however, are not taken into account), the sequence of events in biblical Israel is marked by often catastrophic traumas: Egyptian slavery, the division into two kingdoms that are hostile to each other, the Assyrian invasion, the destruction of Jerusalem and the Babylonian captivity, the Hellenistic crisis with the repression of Syrian power, just to mention the main stages of this story. Yet, each of these catastrophes is always followed by an epistrophe, i.e. a reaction that rebuilds from the rubble an identity with permanent yet innovative features[3].

A bit like what happened to the first Christian community, which was initially formed only by those Jews who had recognised Jesus as the Messiah, and had followed Him as the long-awaited Person, as the promoter of a miraculous renewal:  in the days of his passion and death, it turned into a very small flock, a little remnant[4].

The failure to understand the mysterious ways that God follows to bring His Kingdom of love, justice and peace to us and with Him, deeply shocks even these few disciples of Jesus: only his Mother stays there under the cross with the disciple John. The others go astray, abandon, betray, deny, doubt their Master, feel a sense of failure in their lives and the disappointment of having followed such a powerless Rabbi.

They lived through two days of profound distress that changed them radically. But only the experience of the Risen One, who gradually makes Himself known, with tenderness and respect for their pain and frailty, pouring into their hearts his spirit of peace and consolation, enlightens them and helps them to reinterpret their experience with Him as the place where the fulfilment of God’s faithfulness to his promises takes place.

The little remnant is truly alternative in believing, like the Mother, that all things are possible to God; through these women and men, God’s perspective on man and the meaning of his life has spread throughout the world, a perspective capable of generating hope in the future.  A hope to which St. Mary Euphrasia also invites us, with regard to the fate of the Work of the Good Shepherd, which has undergone epochal changes over almost four centuries since its foundation by St. John Eudes:

“Even if only eight fervent religious of the Congregation were left, they would be sufficient to propagate it and cause it to ﬂourish anew.”[5]

And all this could happen because despite all the inner and outer darkness, they experienced that in some corner of their hearts a small flame 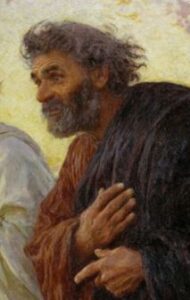 of trust in the Lord continued to burn. Peter is an example of this: as he falls, he personally experiences all the misery and limitedness of his love for the Lord, but when touched by Jesus’ gaze on him, he holds on to his trust in His mercy. That experience marks the painful beginning of the transition from trust in the certainty of his impetuous and generous love for the Lord, to the acceptance of a bare and naked faith in the unconditional and faithful love of Jesus for him. We too are called to make this transition in our life of faith in order to settle down and build our lives on the solid rock of His Love for us.

The prophet Zephaniah (Zephaniah 3:12) had announced that God would keep only a humble and lowly people in Israel who would be characterised by their trust in the Lord alone.

The little remnant[6] trusts in the Lord because it has become humble, no longer relying on its own strength, it has become lowly, discovering that the real treasure to be owned is a heart in peace with God and with one’s neighbour, even at the cost of paying personally to preserve it.

This humility and lowliness of heart comes from daily learning to know and imitate the thoughts, feelings and attitudes of the one who said of himself: Learn from me; for I am gentle and lowly in heart.

“Jesus is not a master who severely imposes on others burdens that he does not bear: this was the accusation He made against the doctors of the law. He addresses himself to the humble, the small, the poor, the needy because He Himself became small and humble. He understands the poor and the suffering because He Himself is poor and tried by sorrows. In order to save humanity, Jesus did not travel an easy road; on the contrary, his path was painful and difficult. As the Letter to the Philippians recalls: “He humbled himself by becoming obedient to death—even death on a cross!” (2:8)[7];

Opposed to this descending movement of Jesus into the abyss of evil and death, the continuation of the Christological hymn highlights the ascending movement of the Risen One who is made to rise to a new life, precisely because of the style in which he lived his mission and gave his life: “Therefore God exalted him”.

The Risen Shepherd, crowned with glory and honour because he suffered death (Hebrews 2:9), presents himself to his people with the same features of lowliness and humility and reconstitutes the community of disciples who had scattered after his death.

The appearances of the Risen Jesus speak of us, as individuals and as a community, of how we are reached by his love wherever we are, to assure us that he never ceases to believe in us and to love us: the marks of the wounds we inflicted on him, but which did not have the power to imprison him in death, will remain forever as a testimony to the immensity and vulnerability of his love.

“God will come to meet you where your humanity has descended all the steps of weakness and you have reached the awareness of your limitation. If you do not choose to lower yourself, life will take you where you do not want to go, because, as the Lord teaches, only those who humble themselves will be exalted (see Luke 14:11).[8]

[1] The image of accompanying people to awakening through actions of protection, empowerment, prevention and imagination, was recently presented by the realities of Quinto di Treviso and Malta as a distinctive trait of our responses to the signs of the times at the UN Commission on the Status of Women CSW65 Forum on 22 March 2021 – European scenarios on gender and domestic violence.
[2] See David McLain Carr, Holy Resilience. The Bible’s Traumatic Origins, 2020.
[3] See the review by Monsignor Carlo Ravasi on the website of the Pontifical Council for Culture. [4] See Walter Vogels, Le petit reste dans la Bible et de l’Eglise aujourd’hui, 2020. This biblical scholar has gone in search of this “little remnant” in the Scriptures: several times God’s people are put to the test by a collective disaster: the Flood, the Assyrian destruction of the Northern Kingdom, the deportation to Babylon… But each time, however great and traumatic the catastrophe, a few survivors remain. And from the meagre remnant of survivors hope can arise: the covenant with God is renewed, a holy community flourishes again.
[5] See Saint Mary Euphrasia, Conferences and Instructions 7,12.
[6] See Italy-Malta Strategic Plan, Document on the implementation phase of the SP in May 2018, p. 23: “The Strategic Plan of the Unit therefore aims to accompany the two little remnants currently engaged in the works in Italy and Malta—two little remnants made up of almost exclusively Third and Fourth Age Sisters and of lay partners…not to allow themselves to be robbed of hope; to welcome with zeal, faith and courage the challenges brought about by modern structural crises…”.
[7] Pope Francis, General Audience of 14 September 2016.
[8] See Maestro di San Bartolo, Abbi a cuore il Signore, Edizioni San Paolo, recommended by Pope Francis for the spiritual exercises of Lent 2021.

Eugène Burnand , The morning of Resurrection,  1898