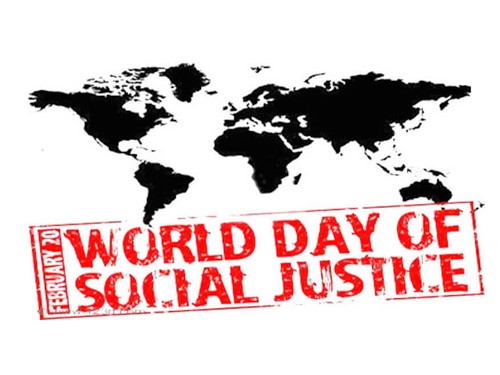 In times of Covid, poverty and inequality are rampant while the super-rich double their assets

It was June 2008 when the International Labour Organisation (ILO) unanimously adopted the Declaration on Social Justice for a Fair Globalisation: the world was in the throes of a devastating economic crisis that had started in America the year before as the result of a giant financial ‘bubble’.

It is no coincidence that the Declaration on the need for a strong social dimension to globalisation in order to achieve better and fairer results for all, was confronted with the extremely serious ethical-political-economic crisis triggered by the gigantic financial deception that we all associate with the clamorous bankruptcy of the Lehman Brother Bank – the biggest in American history – a sort of economic September 11, which sent even small savers around the world to the brink of ruin.

“This is how Lehman Weekend will be remembered on the second weekend of September 2008, when the New York bank collapsed and plunged the planet into the worst economic crisis, triggered by a deceptive speculation in which money had become an absolute value, a product in itself, and had lost its function as an instrument of exchange of real goods.

Photo: The Lehman Brothers bank sign goes up for auction in 2010 (ilgiorno.it)

This speculation had gradually taken on a global character driven by financial contagion mechanisms, triggering the Great Recession, considered by many to be the worst economic crisis since the Great Depression of 1929.

IN TIMES OF COVID, SOCIAL JUSTICE IS EVEN WORSE OFF

“In the first two years of the pandemic, the 10 richest men in the world more than doubled their assets from $700 billion to $1.5 trillion, at a rate of $15,000 per second, $1.3 billion per day. During the same period, 163 million people fell into poverty because of the pandemic”.

We share our President Mattarella’s reminder of the inequalities of opportunity that do not create stable societies and certainly not the societies we would like to live in:

“In order for modernity to sustain the quality of life,
it is necessary to take the fight against inequalities
as the backbone of public policies”.

Our President, inaugurating his second term, reminded parliament that inequality is not the price to be paid for growth but a ballast to any prospect of growth.

Let us hope that these words will also reach those who for many years have been asking world finance to commit to fair and sustainable growth.

The evangelist Mark reports the following words of Jesus, which are part of the debate of that time about what is pure and what is impure: “There is nothing outside man that, entering into him, can make him impure. But it is the things that come out of man that make him impure…. What comes out of man is what makes man impure. For from within, that is, from the hearts of men, come evil intentions” (Mk 7:14-15, 20-21). Beyond the immediate question of food, we can see in the reaction of the Pharisees a permanent temptation of man: that of identifying the origin of evil in an external cause. Many modern ideologies have this assumption: since injustice comes “from outside”, in order for justice to reign, it is sufficient to remove the external causes that prevent it from happening. This way of thinking – Jesus warns – is naive and short-sighted. Injustice, the fruit of evil, does not have exclusively external roots; it originates in the human heart, where the seeds of a mysterious complicity with evil are found. The Psalmist bitterly acknowledges this: “Behold, in guilt I was born, in sin he conceived me” (Psalm 51).

Create in me, O God, a pure heart, renew in me a steadfast spirit