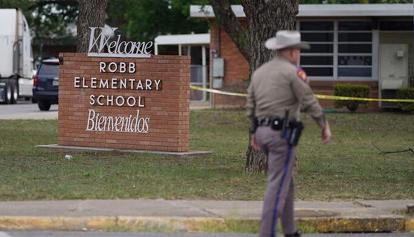 The primary schools massacre in Texas is the second bloodiest shooting in US history (Source: www.infodata.ilsole24ore.com).

Why do shootings against defenceless people, especially children, often killed by the very young, little more than teenagers, continue to happen in the United States? Why is it that, despite the repeated horrors, the gun industry is the most flourishing and owning guns -as early as 18 years of age- is considered a ‘sacred’ right even enshrined in the Constitution?

As with many other amendments, this right has its roots in the years of the great European colonisations (especially British and Spanish). Back then, between 1600 and 1800, the time of transatlantic migrations, arms were the main tool in the hands of the new arrivals from Europe. They served to establish and maintain the authority to expropriate populations of the lands on which they had lived since time immemorial, in respect of what we now call the eco-system; to perpetrate progressive massacres, based on the law of the strongest rooted, precisely, in the possession of weapons.

The love of guns gave birth to the American nation: this is the dramatic paradox of that society … today’s shootings seem to be a boomerang of the armed genocide that we find at the origin of the United States! The ‘remnants’ of the ancient Indian peoples live on reservations, deprived of a future.

BUT WHAT FUTURE DOES A NATION HAVE THAT DOES NOT PROTECT CHILDREN?

Today, the United States, more so than old Europe, embodies the almost complete realisation of the project of modernity: a young, artificial society, with the myth of technology and profit, which in vain attempts to compensate with the force of law.

THERE IS AN URGENT NEED TO RETHINK THE MODEL OF LIFE DOMINATED BY THE ECONOMY IN ORDER TO LIVE UP TO THE DECLARATION OF THE UNIVERSAL DECLARATION OF HUMAN RIGHTS, WHICH WE OWE IN LARGE PART TO THE EFFORTS OF THE PRESIDENTIAL COUPLE OF THE TIME AND, IN PARTICULAR, ELEANOR ROOSVELT.

“For the first time in the history of human rights, man must henceforth be guaranteed ‘the right to have rights’, simply on the basis of his belonging to the human race, regardless of whether he is a citizen of a state. Unfortunately, however, history, even contemporary history, confirms daily that the recognition of a right is no guarantee of its effectiveness, nor of its permanence in time. The fight for human rights, that is forever!”

We take a stand for human rights in everyday life