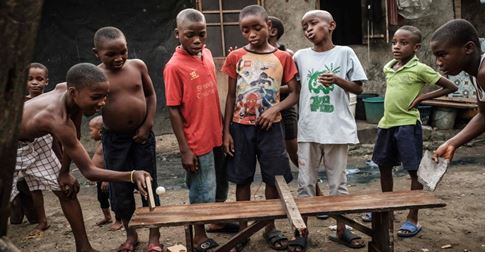 Robbed of future in global indifference

Since 1991, 16 June has been celebrated as the World Day of the African Child, to take stock of the condition of children on the continent with the highest percentage of very young people in the total population, but also where the worst indicators of child health and well-being are recorded (source: https://www.vaticannews.va).  Indeed, millions of African children are robbed of their childhood.

Today it is not just about demanding the right to education, which was the origin of the Soweto uprising, forty-six years ago, which we commemorate every year on 16 June: ‘They marched to demand better education and more adequate schools. Then came the violent clashes with the segregationist National Party police, then in government. Hundreds were killed: among them, four children. It was the new black generation of a South Africa inflamed by racial discrimination. From that 16 June forty-six years ago, the uprising spread across the country and played a key role in the end of apartheid, sanctioned in 1991.”

Today, climate change and political instability are among the major causes of an invisible humanitarian crisis, that of malnutrition, which even undermines life chances, especially in the Horn of Africa. “Millions of people in countries such as Somalia, Nigeria, South Sudan, Ethiopia and Kenya are currently suffering from hunger. Water does not fall from the sky, fields are dry, animals die and people suffer from malnutrition. The main victims of this situation are the children”. (source: redattoresociale.it)

In Sub-Saharan Africa, a child is more than 14 times more likely to die before the age of five than a child in developed regions. Almost 30 million children in Sub Saharan Africa do not have access to primary education. Too high is the number of girls forced into early marriages and subjected to harmful rituals, such as female genital mutilation.

COMMEMORATING IS NOT ENOUGH. IT IS URGENT:

– bring into circulation unprecedented responsibilities
-promote national and international policies that can break the dynamics that make Africa a terrain of conflict and conquest.