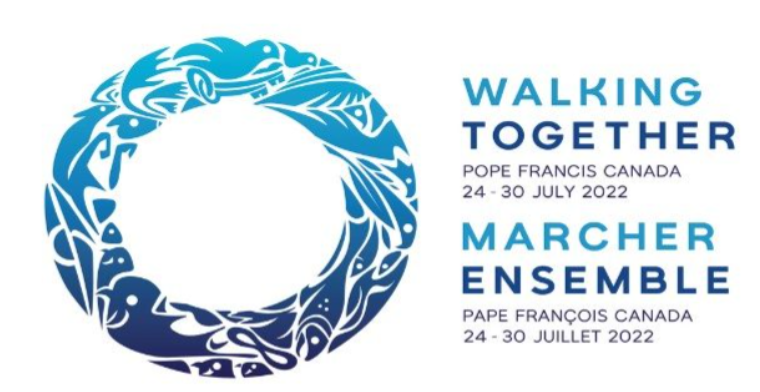 “I am very saddened and I join my Canadian brother bishops in apologising to you, one cannot transmit the contents of the Faith in a manner foreign to the Faith itself, it is terrible when, precisely in the name of the Faith, one renders a counter-testimony to the Gospel.”

Pope Francis is preparing to fulfil the promise he made to the delegations of native Canadians received at the Vatican on several occasions, from March to the end of April, committed to a journey of “truth, justice, healing, reconciliation” for what was suffered in Catholic residential schools. It will be a “penitential journey”, to continue the path of reconciliation undertaken in recent months with the Métis, Inuit and First Nations, indigenous peoples affected in colonial times by policies of cultural assimilation (Source: vaticannews).

This journey has its roots in the late spring of 2020 when the dramatic news of the discovery in Canada of a mass grave in a school, the Kamloops Indian Residential School, with more than 200 human remains of indigenous Canadians, was reported worldwide. This uncovered the story of cruelties committed in some government-funded institutions, mostly run by Christian organisations, in which attempts were made to forcibly convert young indigenous people through what Vatican News also yesterday described as ‘systematic abuse’. According to some estimates, more than 150,000 native children were forced to attend state-funded Christian schools for almost a century in an attempt to isolate them from the influence of their families and culture, Christianise them and assimilate them with the other inhabitants.

The genocide of Native North Americans began with colonisation, continued and was institutionalised through an enduring form of cultural colonialism and the crystallisation of discriminatory practices contained within the legal systems of these states. It was disastrously effective because it was achieved through the application of three practices :

Extermination: physical extermination, achieved through war and the destruction of resources aimed at starving tribes;

Cultural genocide: the separation of children from their families and communities to break that identity bond made of practices and orality, passed down from generation to generation;

Violence against women: the lifeblood of every civilisation and bearers of ancient knowledge, from forced sterilisation to today’s attacks on native women

The American holocaust, counting some 20 million dead (but estimates may be reductive). The extermination carried out by the European colonisers took place for a good 500 years after their arrival, but was only ‘depleted’ in the last few centuries, from the point of view of warfare, until it came to an end at the end of the 19th century. From this point onwards, they operated in other, more insidious and destructive ways, aimed at suppressing the memory and erasing the history of entire tribal realities.

THE PENITENTIAL JOURNEY OF POPE FRANCIS CONCERNS US CLOSELY
LET US MAKE OUR OWN THE PRAYER OF THE SIOUX INDIAN CHIEF, YELLOW LARK

Oh, Great Spirit,
whose voice I hear in the winds
and whose breath gives life to all the world, hear me.
I am small and weak.
I need your strength and wisdom.

Let me walk in beauty and make my eyes
ever behold the red and purple sunset.
Make my hands respect the things you have made
and my ears sharp to hear your voice.
Make me wise so that I may understand
the things you have taught my people.
Let me learn the lessons you have hidden
in every leaf and rock.

I seek strength, not to be superior to my brother,
but to fight my greatest enemy – myself.
Make me always ready to come to you
with clean hands and straight eyes,
so when life fades, as the fading sunset,
my spirit will come to you
without shame.