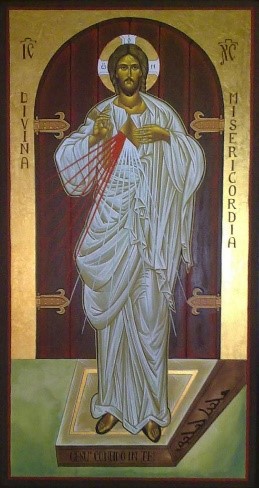 Let us stop the war with the revolution of Mercy

“I give mankind the last table of salvation: refuge in my mercy.”
From the Diary of Saint Faustina

Theologians consider St Faustina to be one of the greatest examples of Christian mysticism. Her mission was to prepare the world for the second coming of Christ. She was canonised by Pope John Paul II on 30 April 2000, the day on which the Feast of Divine Mercy was established and celebrated on the second Sunday of Easter.

Follow the Novena in preparation for the Feast of Divine Mercy

This year Pope Francis will celebrate the Mass of Divine Mercy for the first time in St Peter’s, a feast inspired by Jesus’ revelations to St Faustina: her devotion is needed today, in times of war.

Our family has had the grace of a Founder who was so spiritually sensitive to mercy that in his time he was called an “apostle of mercy”.

“Love brought man from nothing, Mercy will bring the sinner from his misery. And God’s plans will be magnificently restored with the coming of Jesus, who will be faithful to the Father’s love and the bearer of salvation for all”. (Source: www.missiongoodshepherd.org)